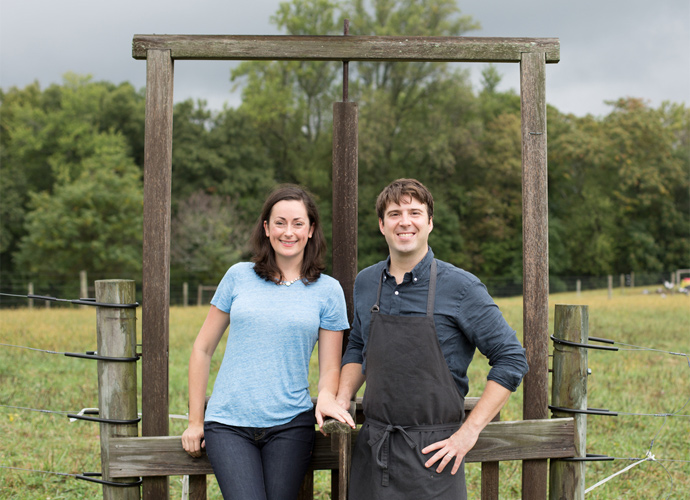 After their much heralded relocation to St. Louis, Michael and Tara Gallina have announced a series of pop-up dinners in January and February 2016. The Gallinas most recently worked at Dan Barber’s famed Blue Hill at Stone Barns; Michael Gallina served as chef de cuisine and Tara Gallina worked at the front of the house as senior captain. The Gallinas announced their return to Michael’s hometown in October.

In a press release, the Gallinas said their Rooster & The Hen pop-ups will allow them to share their “vegetable-forward cuisine, food and service philosophy, and vision for what we hope to bring to the St. Louis dining scene."  The Gallinas plan to use off-cuts of meat, preserved winter vegetables and custom-brewed beers at the their pop-ups. “We’re very much about working with whole animals whenever possible,” said Tara Gallina, noting that the menu for each pop-up won’t be finalized until two weeks before the meal. “We’re letting the farmers drive what our food is and how it takes shape.”

Rooster & The Hen pop-ups will take place Jan. 11 at Bowood Farms, Feb. 1 at Eva’s Attic (Juniper’s event space) and Feb. 22 at Schlafly Bottleworks, which will see a beer brewed specially for the dinner. Tickets for the first dinner will go on sale Jan. 2. More pop-ups and collaborations are in the works for 2016 in preparation for their future brick-and-mortar, which Gallina said is still in the planning phase.