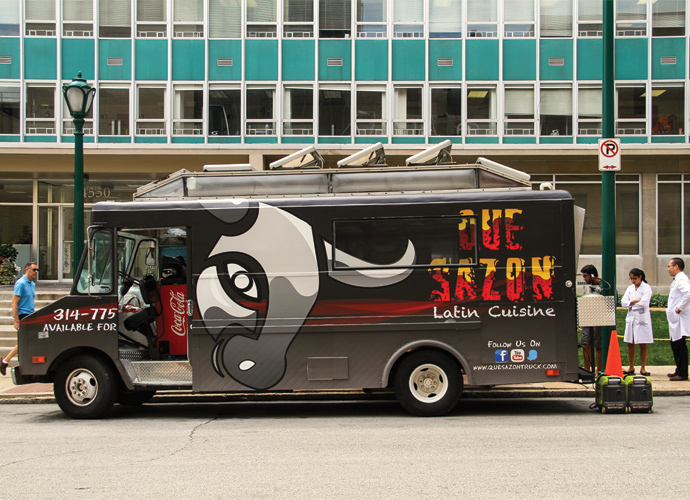 South American food truck Que Sazon has a new team of chefs behind the window. Aaron Gray and Deana Saunders purchased the business from Fabian and Julie Ocampo last week on Dec. 22. Gray and Saunders were both chefs on the food truck Go Gyro Go since March 2012, and Gray said he’d long planned to open his own mobile eatery. He and Saunders purchased the truck, concept and recipes.

“As of right now, we’re going to keep the South American concept,” Gray said. “It’s stuff that we’re both trained in and have worked with Fabian on the truck in the past … We think we can add quite a bit to what he’s already started.”

Gray said he and Saunders hope to streamline the menu, which consists largely of arepas, empanadas and sides made with yucca and plantains, and make it more approachable to Midwestern palates. They also hope to source much of their meat and produce locally. The new Que Sazon is slated to hit both St. Louis city and county streets in January 2016.

The Ocampos are moving to Arizona in 2016, where Julie Ocampo said they plan to operate another Que Sazon food truck.