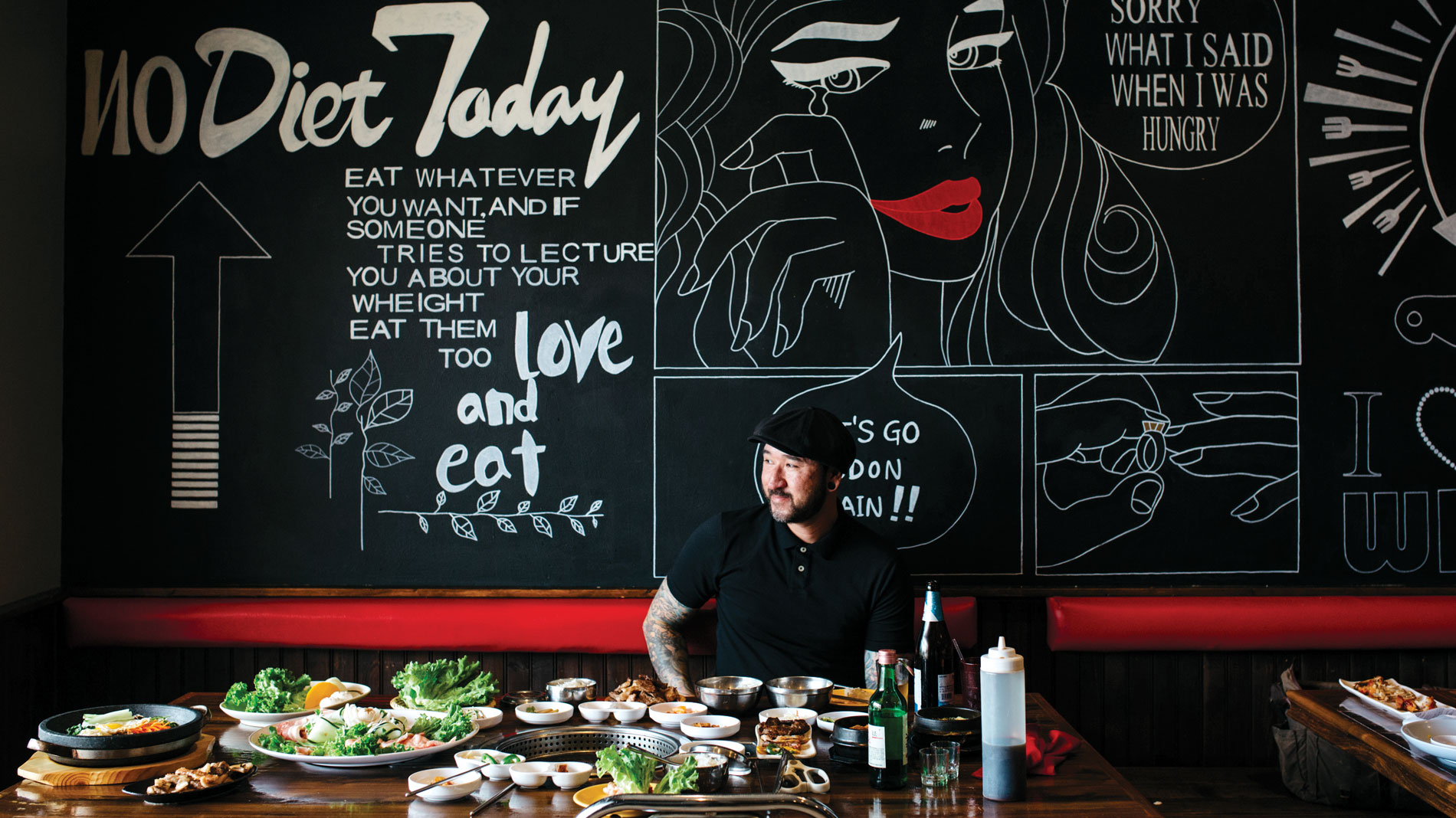 Seoul Food: Eat your way through these 9 Korean restaurants

Korean dramas, or K-dramas, do one thing in particular better than American television: food. Extravagant, voyeuristic scenes show actors devouring perfectly styled dishes of sushi-like kimbap rolls filled with meat, vegetables and rice. When characters move to a new home, they eat platters of jjajangmyun noodles. Simmering stews are shown surrounded by endless tiny saucers of banchan side dishes. Hallyu, the wave of Korean culture, is still sweeping the globe, and it’s brought a craving for Korean food along with hunger-inducing K-dramas and catchy K-pop music. Fusion restaurants like Seoul Taco, Kimcheese and Kalbi Taco Shack have proliferated, but if you want to start with more traditional dishes worthy of a steamy K-drama close-up, try these nine places to hop on the Korean wave in St. Louis.

One meal in this unassuming strip mall gem and your favorite part of Korean food will become banchan. An army of tiny dishes, banchan are like Korean condiments meant to flavor rice and aid digestion. There are hundreds of varieties, but you can get a good sampling at Asian Kitchen, which serves around 15 with each meal. Look for little dishes of the standard seaweed salad, sweet pickled daikon, fresh bean sprouts, ever-popular fish cakes and, of course, a variety of cabbage, radish and cucumber kimchi. A small scoop of potato salad is perfect for cooling your palate after a few bites of tempting gochujang zucchini. Black beans in a sweet syrup are extra crunchy, and cold slivers of fried seafood pancake have just the right balance of crispiness and chewiness.

Support your banchan habit with tteokguk, a filling, warming soup traditionally served at the new year. It’s made with a light, white broth full of chewy rice cake slices, thin strips of beef and green onions. Asian Kitchen’s reliable version offers deep flavor without strong spice. Or order the samgyeopsal (pork belly), which comes with house-made ssamjang, a marinated soybean paste dipping sauce. It looks like gray matter, but tastes like you died and went to umami heaven. Most Korean places serve ssamjang, but few prepare it as well as Asian Kitchen. The jap chae, a dish of glass noodles with marinated vegetables and beef in a sweet, light brown sauce offers a nice approachable option for kids or those unfamiliar with Korean flavors.

Wudon’s interior is slick and modern with classic diner chairs and a chalkboard-style barbecue mural spanning one wall. Barbecue at Wudon means fresh cuts you grill at the table, not rubbed and smoked for hours. Try the small beef and pork combo, and bring your friends – the menu claims this feeds two to three, but it’s closer to four. The meal comes with four different high-end cuts, along with fluffy and smooth scrambled steamed eggs, jjigae (choose between the tofu or soybean paste versions of the Korean stew), a savory seafood pancake (lightly fried with a perfect balance of fish and flour), plus the usual rice and banchan. The banchan are made daily and change often; cross your fingers that the crisp, fresh squash-like chayote that comes in a cold, sweet broth lands on your table.

Cook your meat by type, one at a time, to enjoy the full effect of the different flavors, like the soft, melt-in-your-mouth pork jowls. The beef marinade is sweetened with fruit juices instead of sugar or corn syrup, making for a clear, clean taste. After grilling, dip the meat into an accompanying sauce, wrap in a lettuce leaf with rice and enjoy. Owner Mun Kyeong Kim recommended pairing the beef with salted sesame oil and the pork with the ssamjang sauce.

Beyond barbecue, Wudon offers two Korean dishes that are hard to find in St. Louis: yangnyum chicken (aka Korean fried chicken) and gungjung tteokbokki. The other KFC is a ubiquitous trend elsewhere, but Wudon is one of the few places to try an authentic version of the gochujang-spiced, cornstarch-battered wings around town. Where the more typical tteokbokki consists of savory cylinders of smashed short-grain rice cakes smothered in a very spicy sauce, gungjung tteokbokki’s sauce is made with soy sauce instead of chile paste for a sweeter, savory version of the Korean street food favorite.

U-City Grill is famous for three things: perfectly fried eggs, tasty gochujang-laden Korean food at rock-bottom prices and brisk, no-nonsense service. The tiny, old-school diner is a one-man show with owner Hyo Bae taking orders, cooking, filling drinks and cashing out customers practically at the same time – which means he doesn’t have time for pleasantries. But that’s part of U-City Grill’s charm. Bae’s back may be turned as you pull up a stool and order your bulgogi bibimbap bowl from the short menu of Korean classics, but he makes every dish to order with fresh ingredients and flawless flattop timing.

This quirky mom-and-pop eatery with affordable, private karaoke rooms in the back is practically a shrine to Korean Cardinals player Seung Hwan Oh. Joo Joo’s somber owner, Sang Yim, is arguably Oh’s biggest fan, and he decked out his restaurant with framed fan art. You’ll find him sitting behind the front desk, watching baseball even while cashing out customers.

The crowning glory of Joo Joo’s menu is the kori gom tang, a savory bone marrow soup with flavor so dense it’s like liquid steak. The soup comes brimming with glass noodles, juicy chunks of beef and green onions in the rich traditional broth made with oxtail.

To experience the full gamut of Korean cuisine, try patbingsu, one of Seoul’s most popular desserts. The shaved-ice treat comes stuffed with sweet red beans and topped with fruit and mochi. The sweet smashed adzuki beans start off creamy but have a rough finish on the tongue that pairs well with the fluffy shaved ice.

Inside Seoul Garden, wooden panels and blinds block the outside world, and the air smells enticingly of pork and fermented bean paste.

Order the soy bean soup made from doenjang, a fermented soybean paste, that includes big chunks of tofu, zucchini and onions. Doenjang is like a cross between stinky cheese and miso soup; when melted into broth it becomes an addictive, comforting flavor. It arrives in a flash in a hot clay bowl on a wooden platter. Wait for the soup to stop boiling before digging in. Dip small spoonfuls of rice into the liquid and be sure to take gigantic bites. Korean foods often require you look like a chipmunk as you chew, since there are so many ingredients to include in each mouthful for the right balance of flavors. Or, try the intriguing cold buckwheat noodle soup with Asian pears – long, chewy homemade noodles in a cold, spicy broth topped with sweet, crisp fruit slivers. Immensely popular in Korea, it’s only available in the warmer months.

Not feeling soup? Get the pork jjajangmyun, a noodle dish that Seoul Garden does right with a deliciously salty, thick sauce made from black bean paste and a nice balance of ground pork and tiny cubes of zucchini and onions.

With a little help from an adorable rice bowl logo, this Korean street food truck has found success in St. Louis. K-Bop’s enormous paper cups come overflowing with your choice of chicken, beef, pork or tofu cooked in various ways and served over a hodgepodge of Korean goodness including both rice and jap chae noodles. The tofu katsu bop is a gastric delight: thick cubes of firm breaded tofu are flash-fried to order and smothered with sweet and spicy sauces. Add fried egg rolls, veggie spring rolls or mandu (fried Korean pot stickers) only if you skipped breakfast.

There is a special reason to make the drive to Edwardsville: Oriental Spoon’s pork donkatsu on curry. Korean curries aren’t like Thai or Indian varieties – they’re more like a gravy. This one is golden, savory, thick and chock-full of potatoes and carrots. It’s topped with heavy, juicy cutlets of breaded and fried pork. Finishing the plate will leave you feeling as though you just ate Thanksgiving dinner – incredibly satisfied and incapable of walking.

Yori is part of a suburban sprawl mini-mall in Chesterfield popular with daytime crowds. On a menu full of traditional favorites, the cheese kimchi stone bowl is a real standout. This jumbo dish of bibimbap is filled with sizzling, sticky white rice topped with stir-fried kimchi, mozzarella, a few greens drizzled with French dressing and a fried egg. It’s served with gochujang, but the kimchi provides enough heat to set you back a few Tums.

Korean bakeries are special places. Pillowy-soft pastries are individually wrapped and displayed for you to peruse while you fill a basket with your favorites. Korean pastries are airy and not as sweet as most American baked goods. The bread, however, tastes like they used all they sugar they didn’t put in the pastries. Do not leave this world without trying Kim’s peanut butter cream pastry. Inside the soft, doughy hot dog bun-shaped shell floats a light, whipped, nutty buttercream-peanut butter filling. Korean bakeries also excel at the adorable factor, and Kim’s is no exception. Their teddy bear cakes and Hello Kitty cookies are almost too cute to eat. Almost. 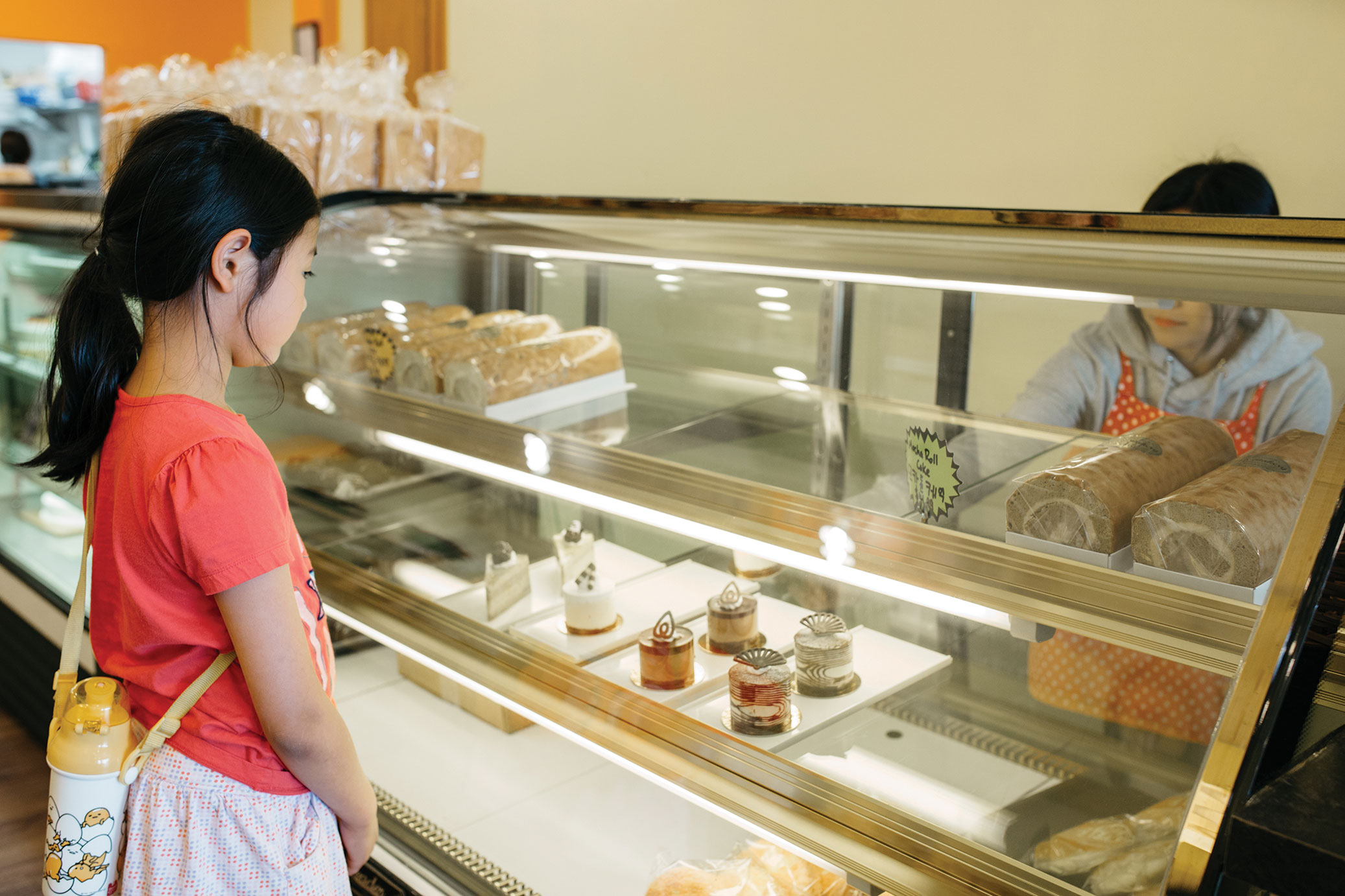 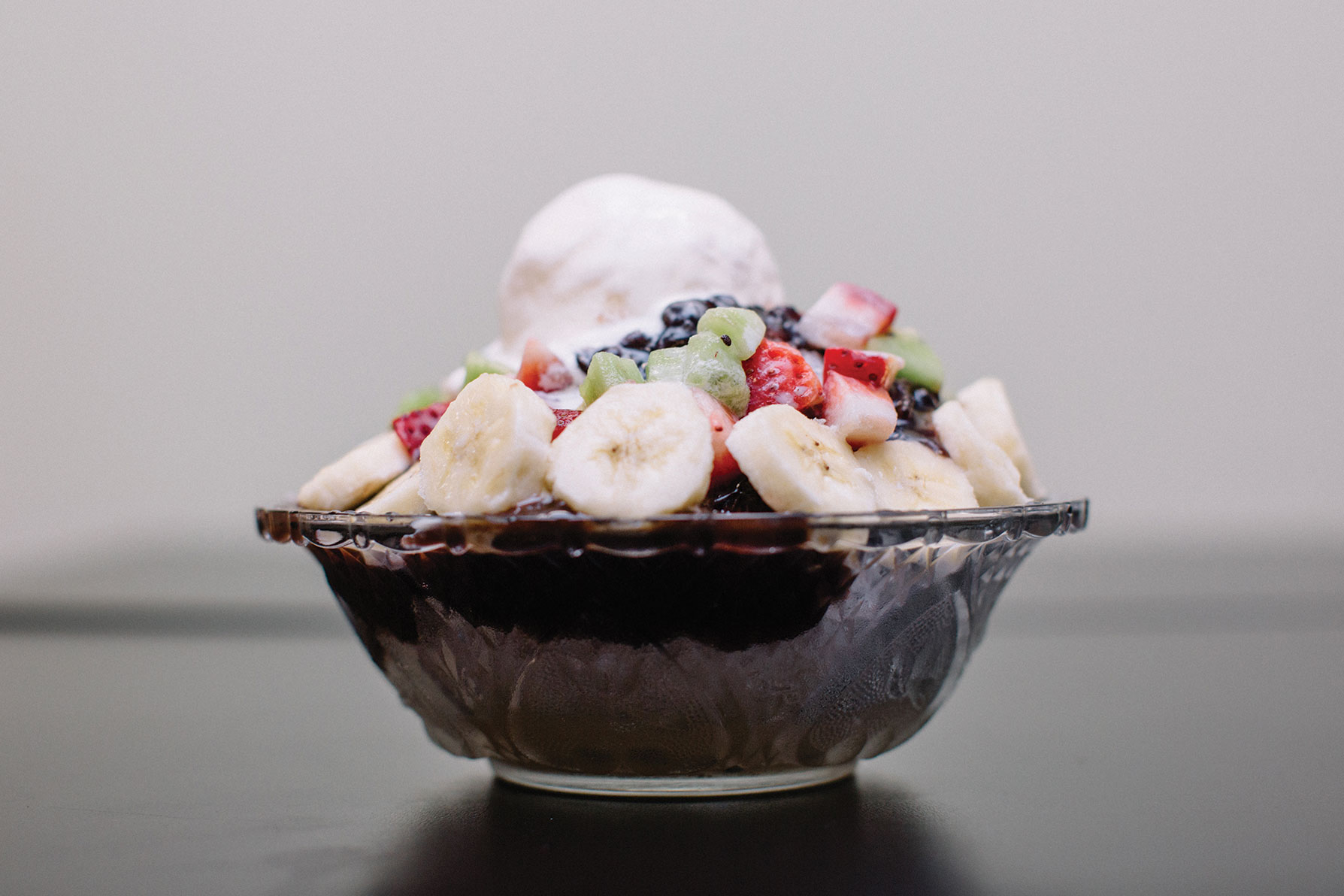 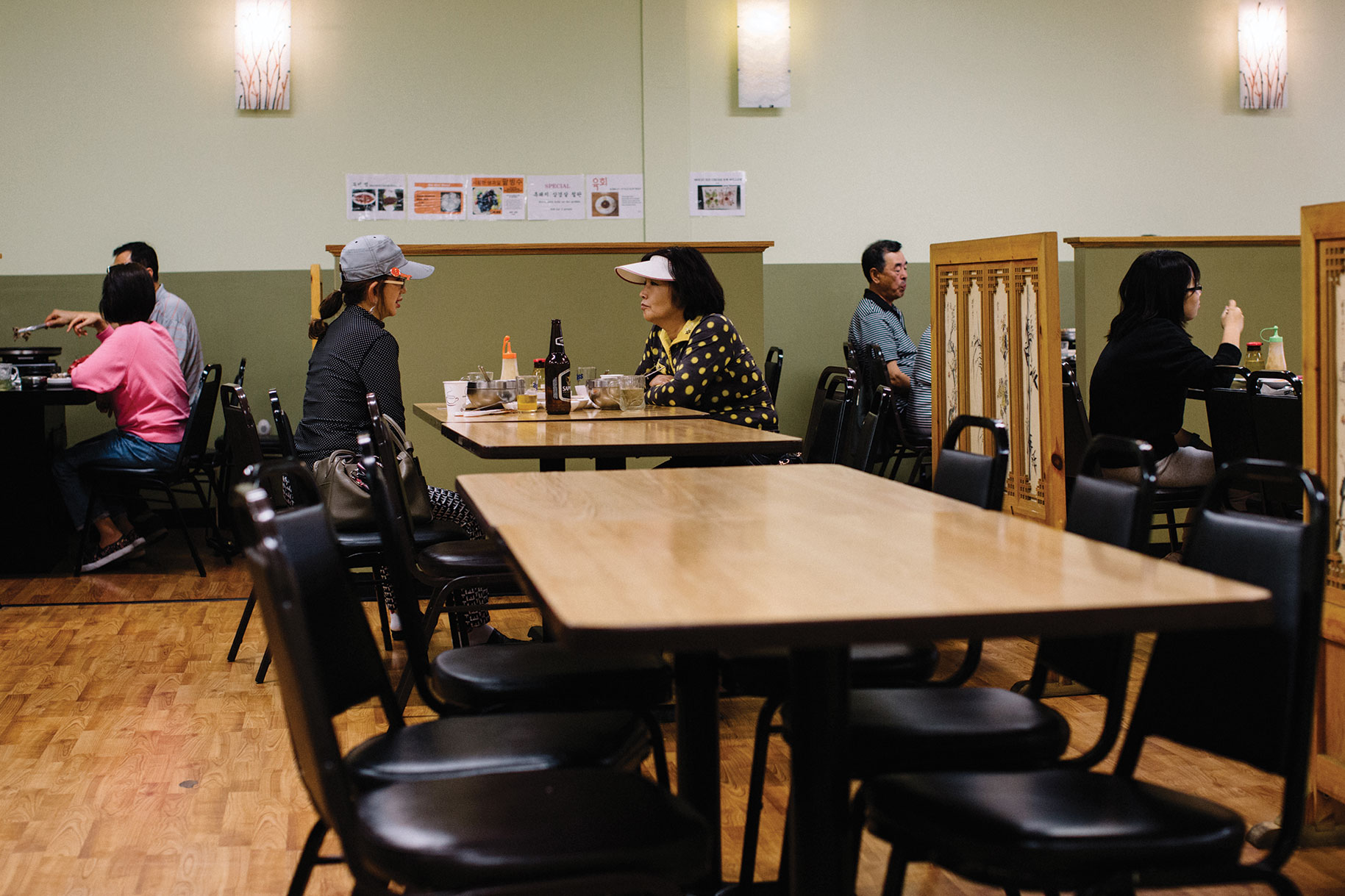 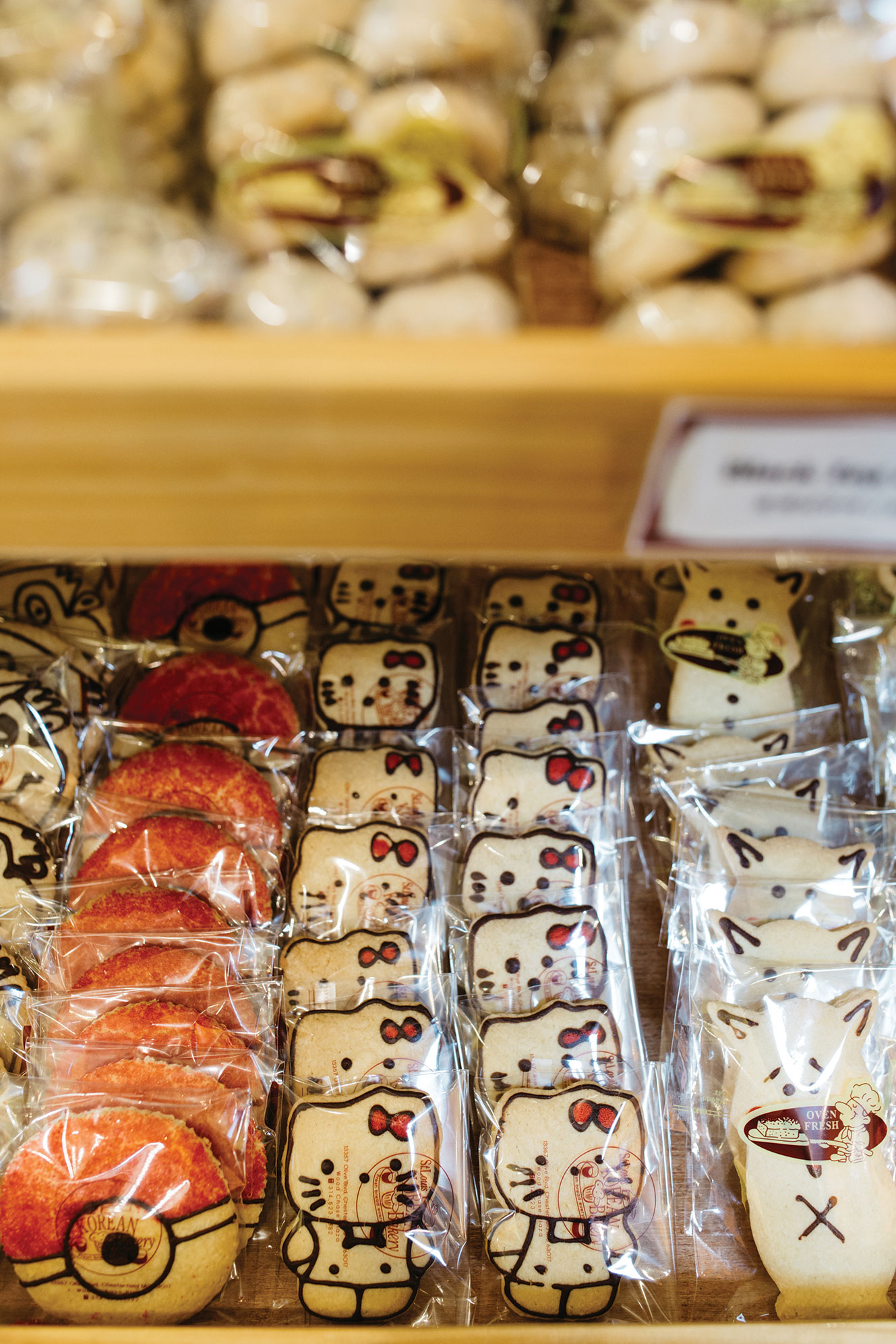 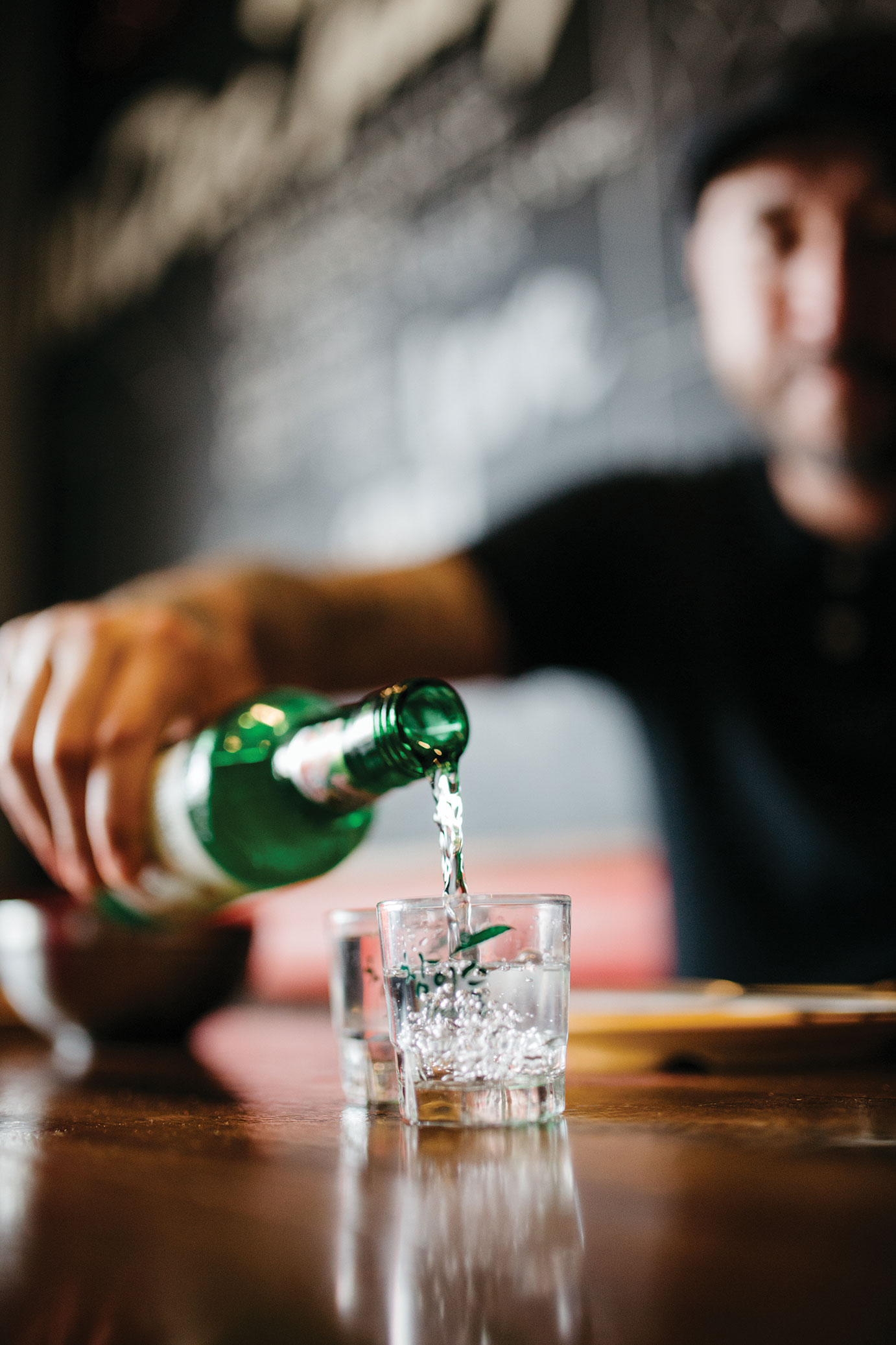 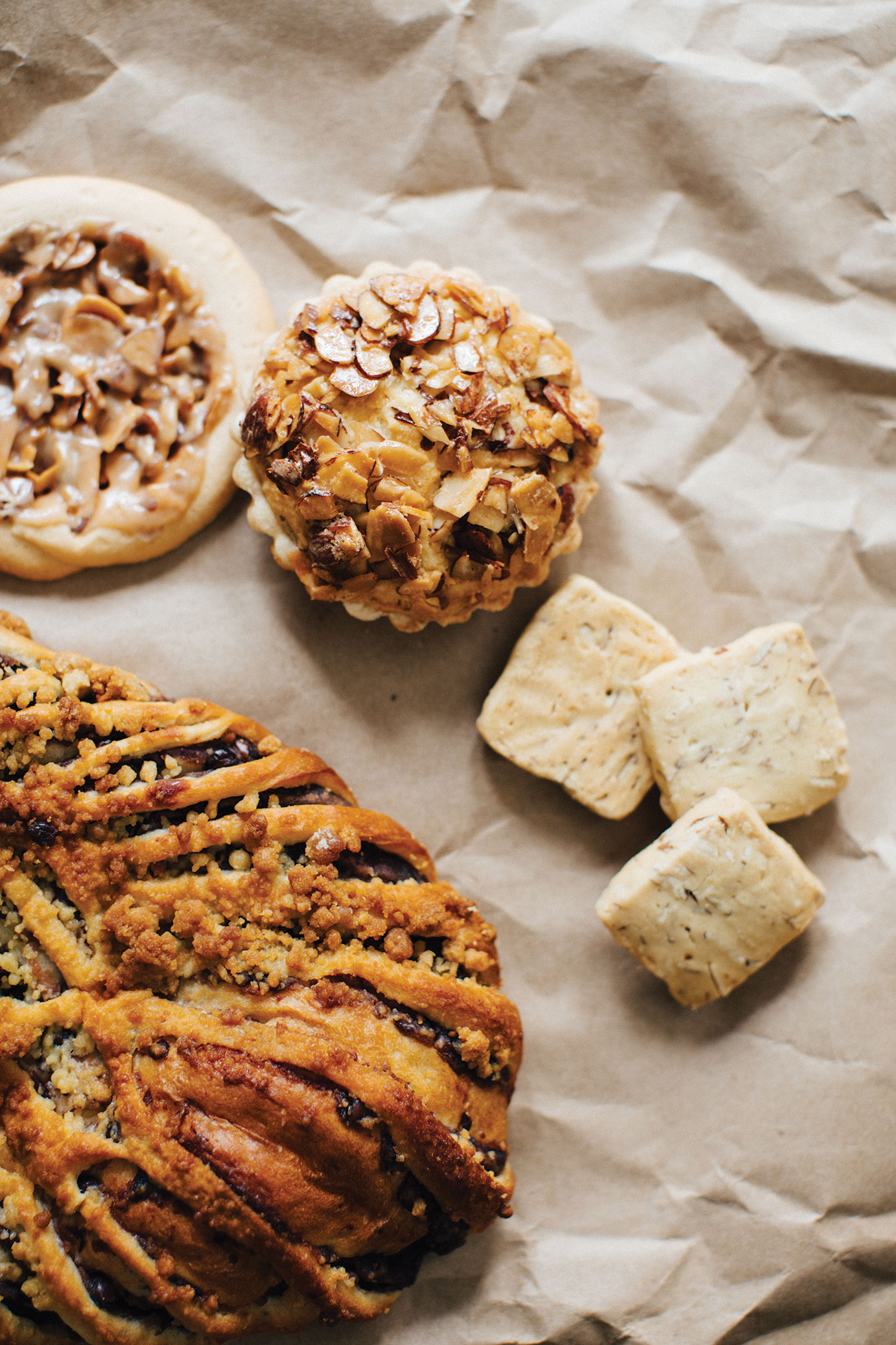 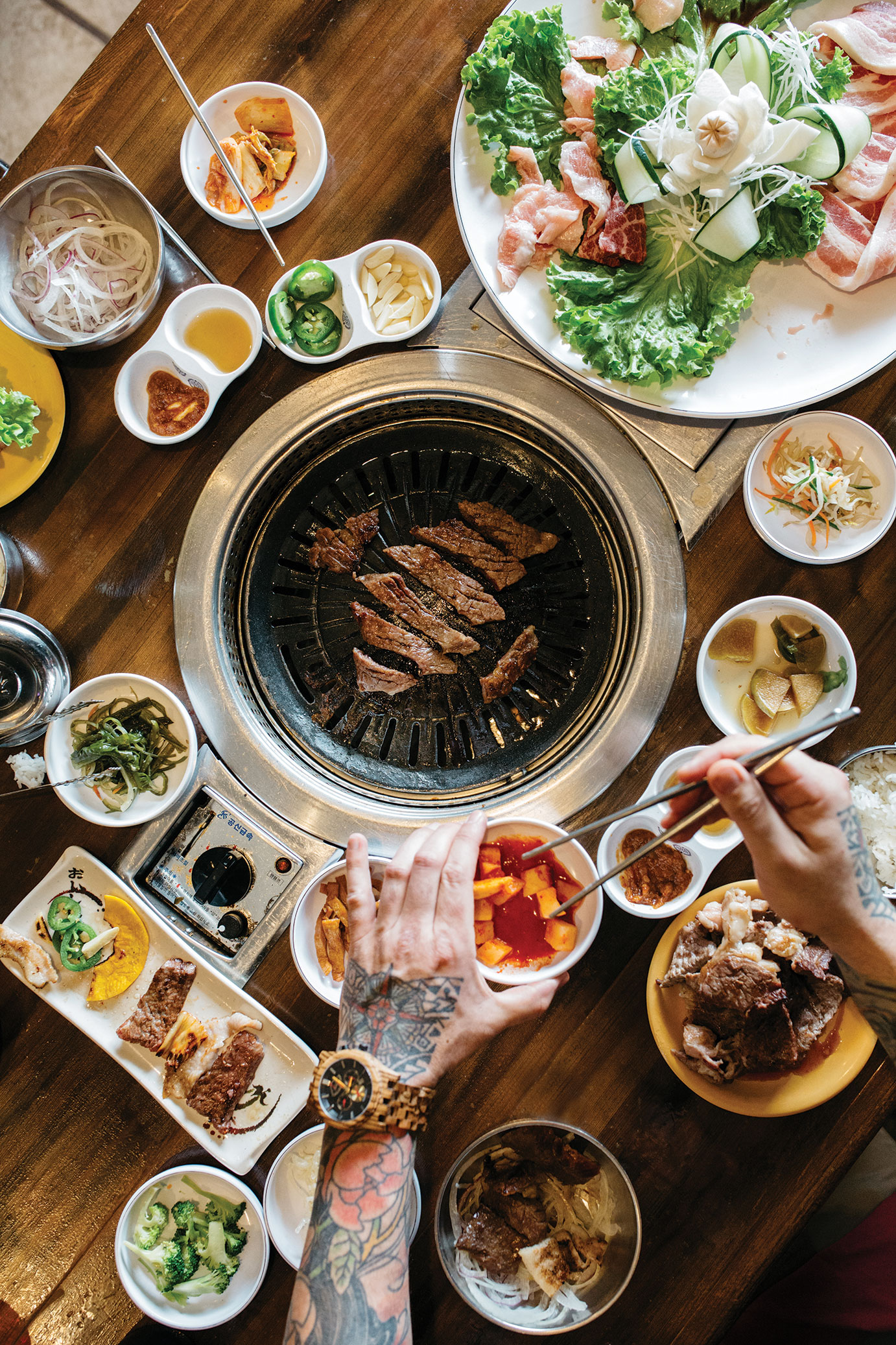 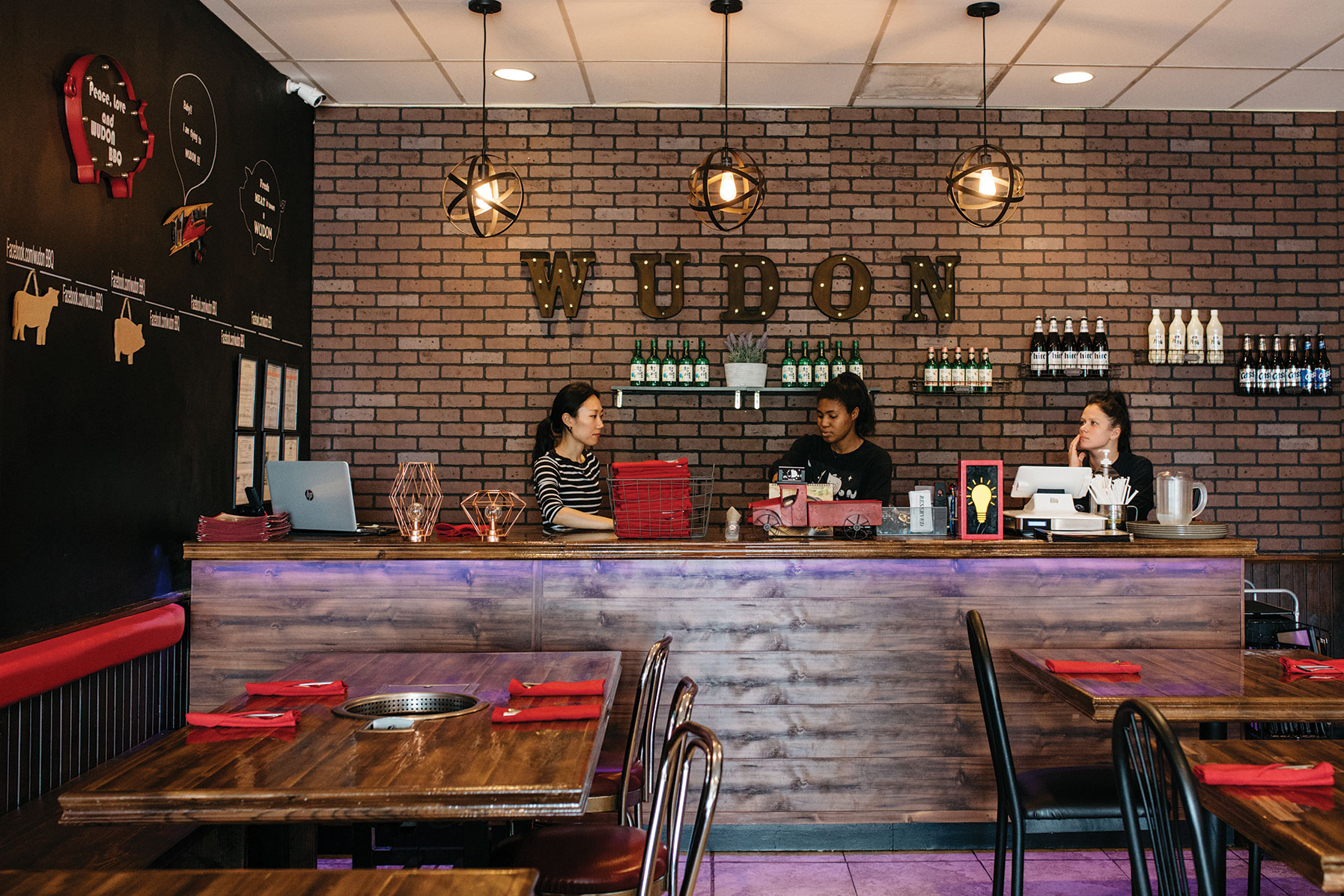 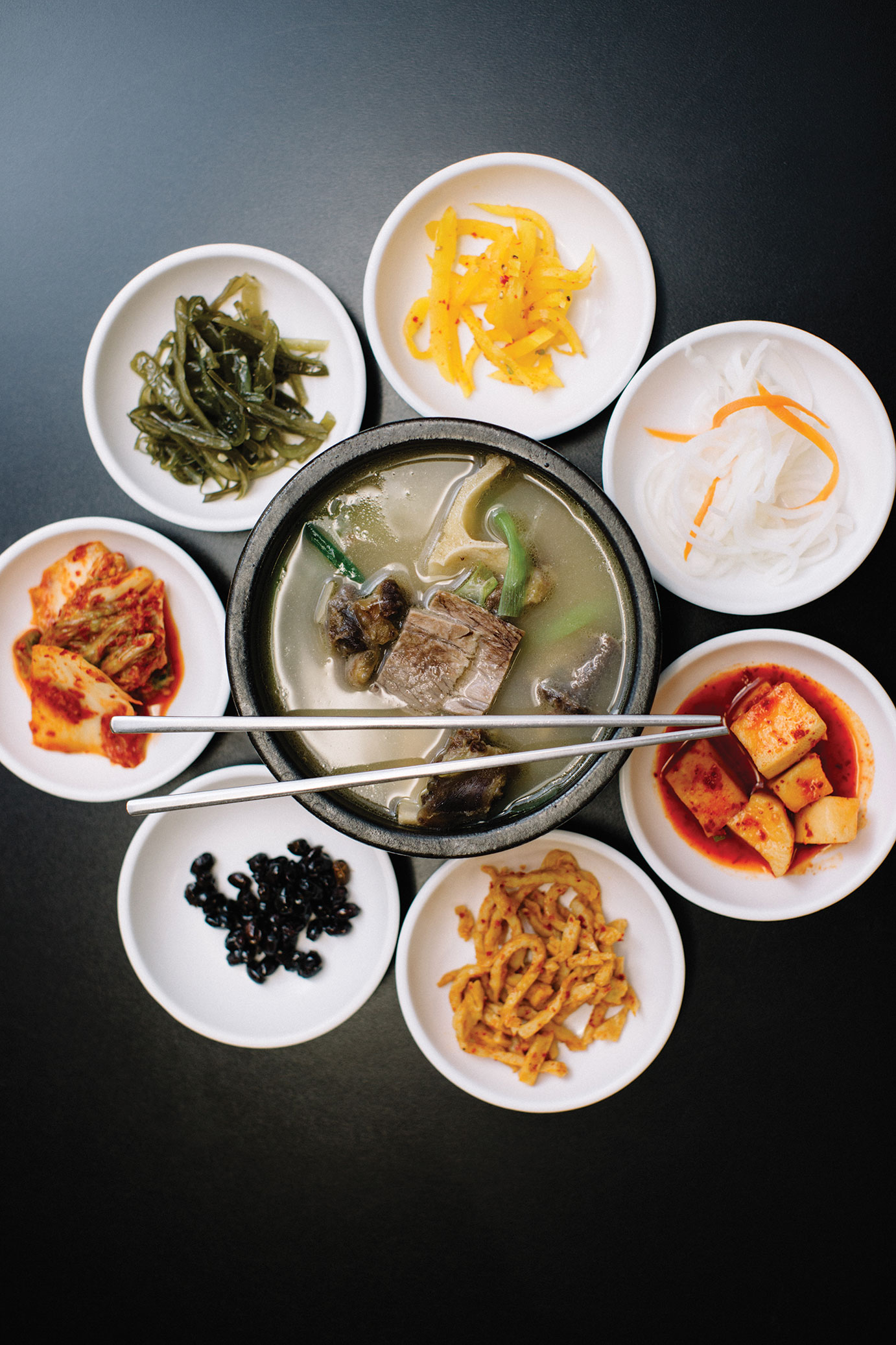 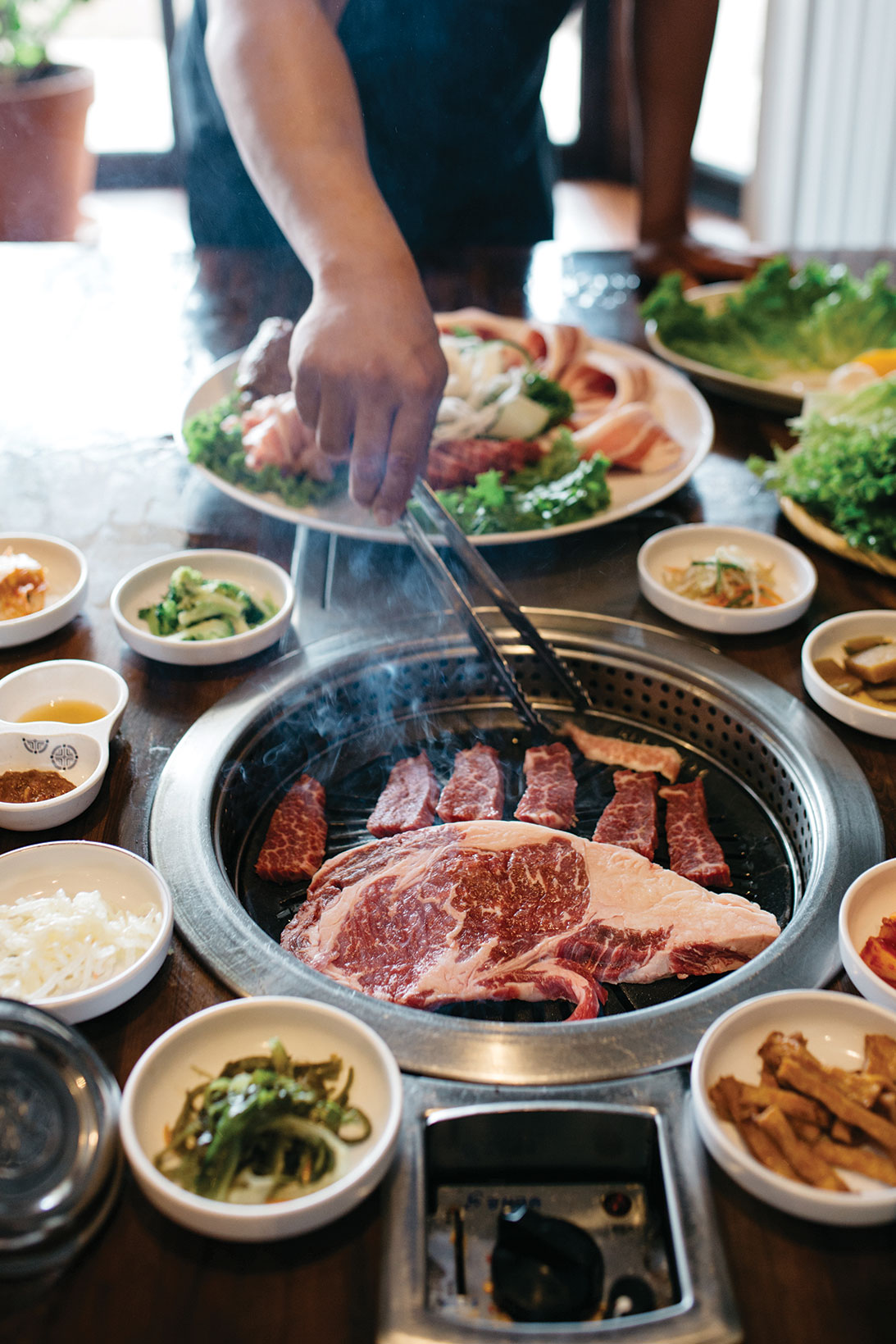 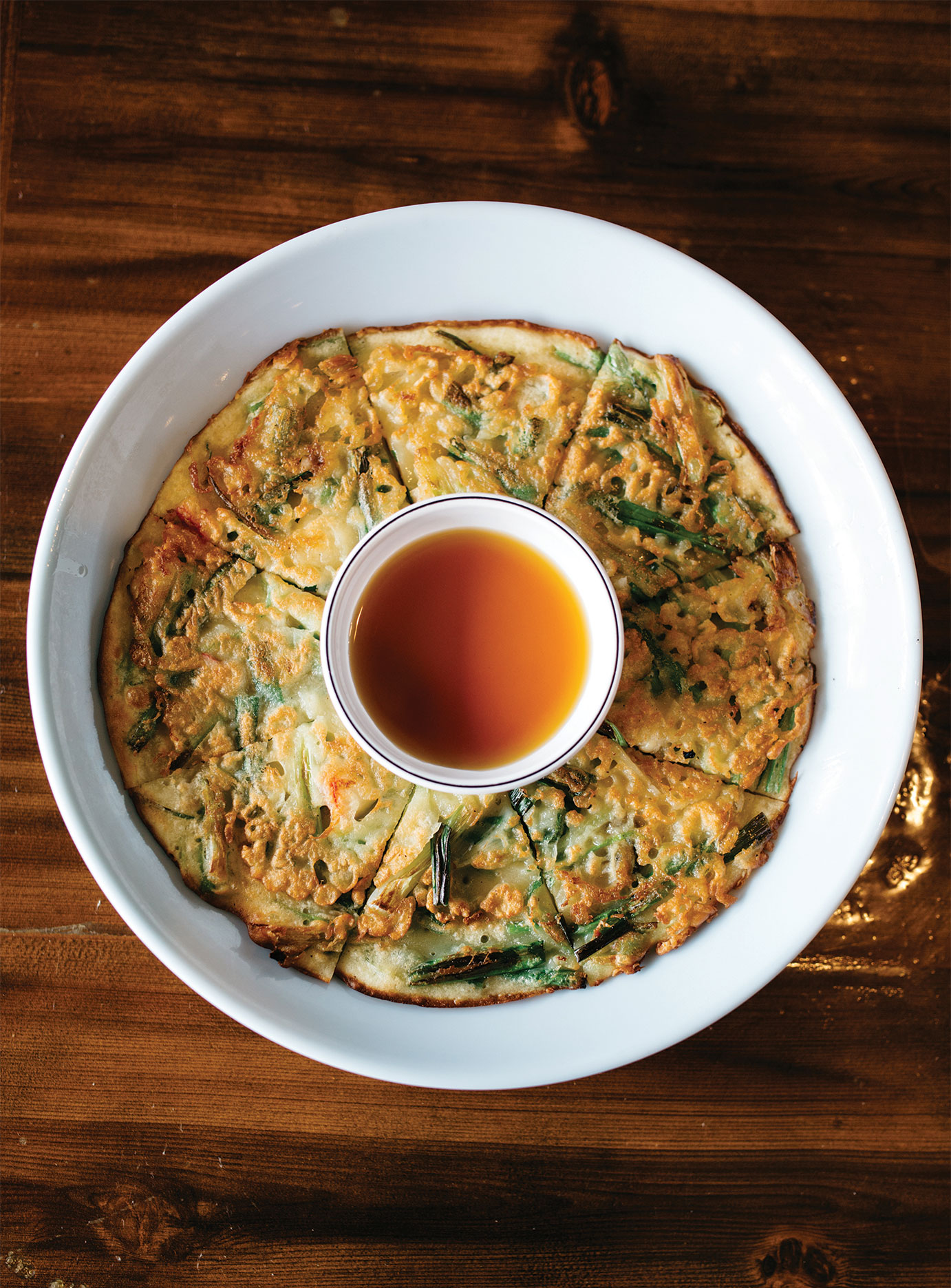 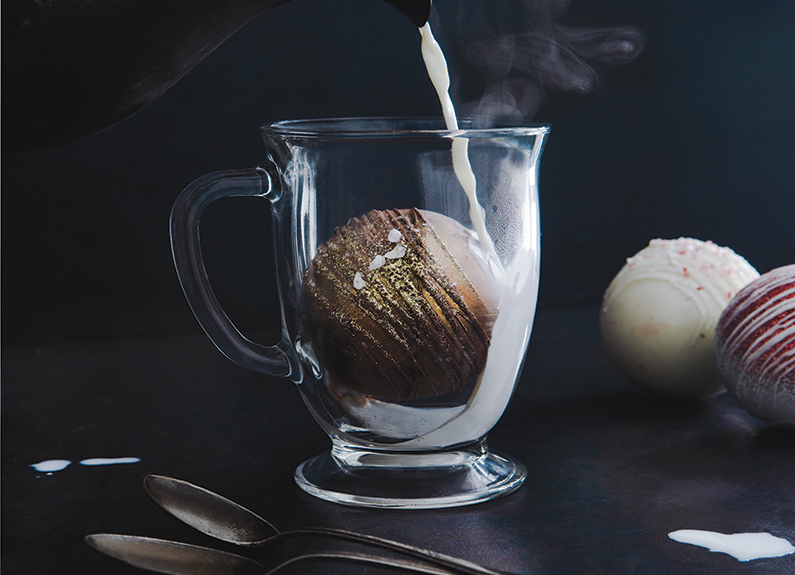 Rich, colorful and interactive, they’re the perfect treat to perk up a cold, dark night. 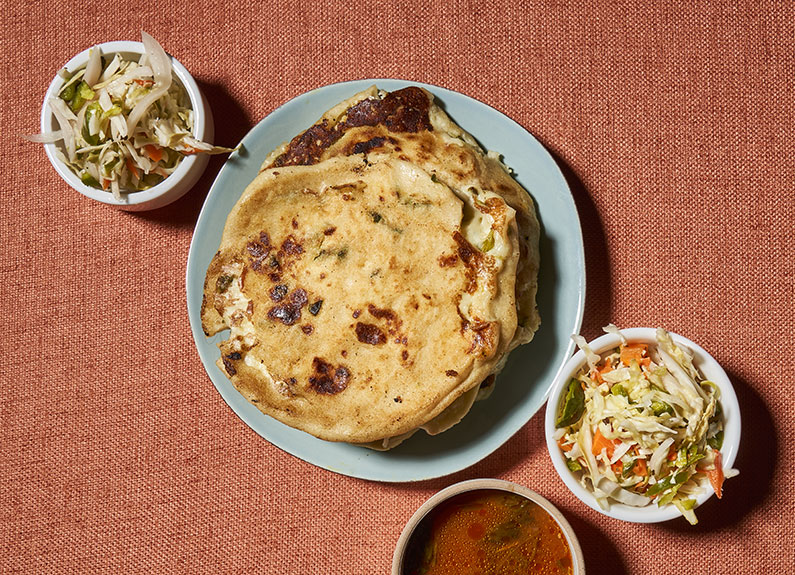 After trying this dish, you'll understand why El Salvador has a national holiday celebrating it. 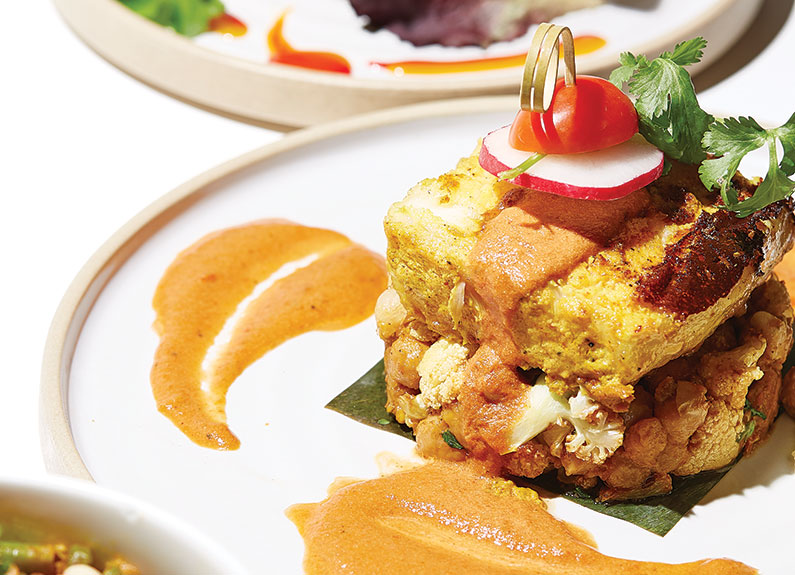 As with everything in 2020, this year’s Top Dishes column is like no other.