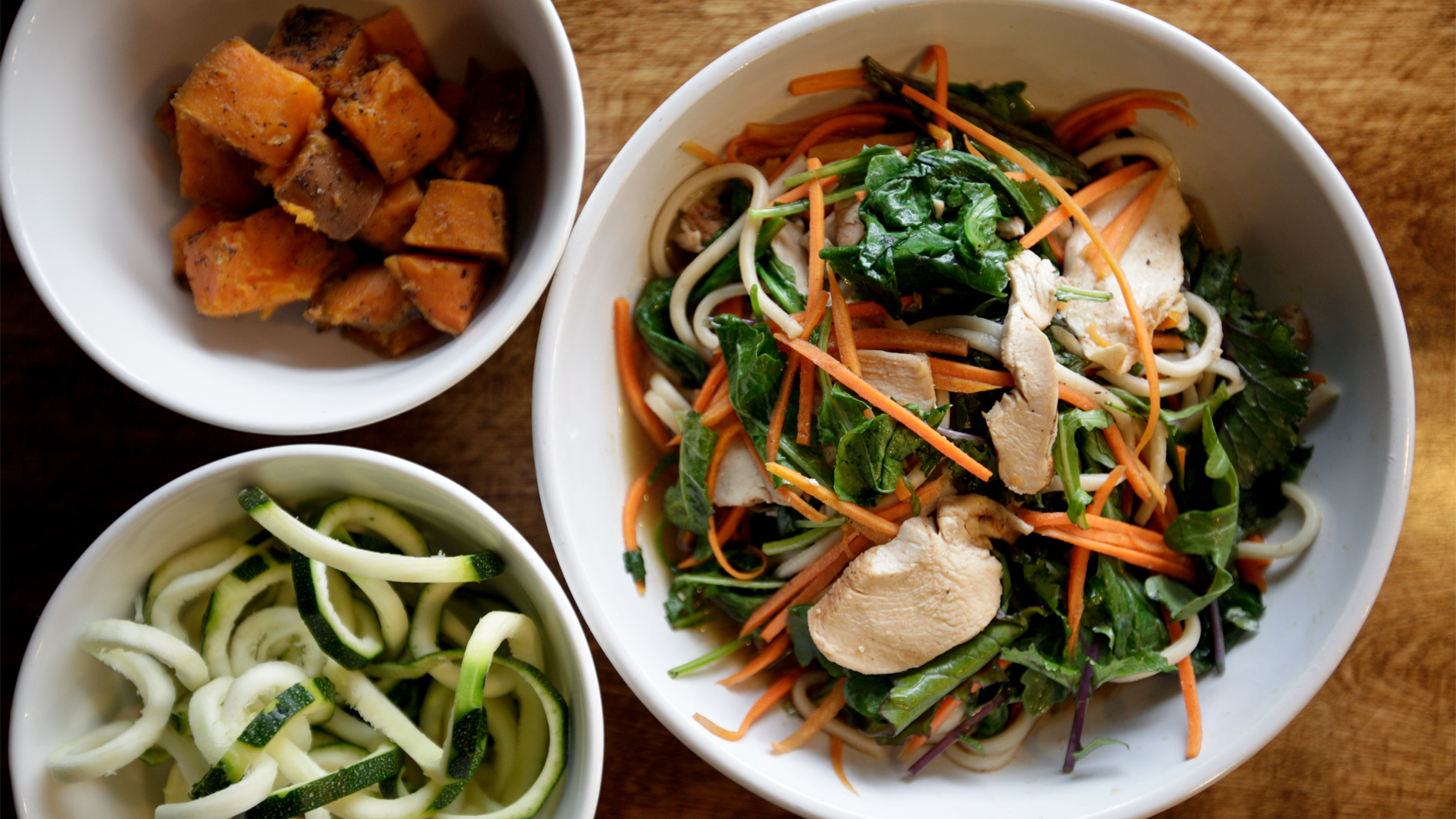 Move over, milkshakes – healthy eating establishments have broken ground and blossomed in nearly every corner of St. Louis, along with urban gardens, farmers markets and sustainable food trucks celebrating fresh, local, nutritious eats. Meet the heavy hitters of the city’s community-oriented food system, where seeds are nurtured, chickens are hatched and patrons are enjoying food that’s tasty and guilt-free.

Revel Kitchen
Revel Kitchen, formerly Athlete Eats, retooled itself in May into an even more versatile concept with a food truck and plans for a second location. What began as a healthy meals delivery service geared toward athletes has beefed up into a protein-packed, gluten-free, nutrient-rich fueling station for everyone. At its brick-and-mortar location on Cherokee Street, you’ll enjoy everything from weekend brunch to the bibimbap bowl (that veers from the traditional Korean dish by swapping minced cauliflower for rice) to the bunless bulgogi burger made with grass-fed local beef served over house-made pickled kimchi and crowned with avocado and a fried egg. Among beverages, Revel brews its own kombucha, but if fermentation isn’t quite your cup of tea, try the sweet Dank Green Drank juice or cold-drip coffee. Those in St. Louis County will soon have cause to celebrate, too: Revel’s location next door to Mai Lee in Brentwood is slated to open in August.

Tree House Restaurant
The bliss you’ll feel at Tree House might have something to do with the heavenly rice flour crepes, a well-crafted almond milk cocktail, a cashew, pecan or almond “cheese” platter or simply the sharing of good company in this cozy neighborhood nook. Open for lunch, dinner and brunch (and, later this summer, breakfast), health-conscious foodies can grub all day on cuisine ranging from vegan katsu cutlet sandwiches to a Brussels sprouts salad to vegan ramen bowls, and linger after their meal with a cup of pour-over coffee from Blueprint, Goshen or Mississippi Mud.

PuraVegan Cafe & Yoga
It’s not just vegan and gluten-free here: With yoga and meditation, cooking classes and cleanses, the staff has built a holistic model for a healthy lifestyle. Pick up a Beet Street juice or an anti-inflammatory smoothie for a quick boost on the fly or lounge over a gluten-free cornbread waffle, a customer (and staff) favorite. Even desserts are guilt-free, like the cocoa cookie made with almond meal and coconut sugar. PuraVegan has also partnered with The Food Pedaler, a local bike delivery business. Raw juices and kale salad delivered to your door? The times they are a-changin’.

The HotPot
Eating your vegetables finally is cool again. Eleven veggies adorn the creative combination menu at this funky kid-friendly cafe. Choose one veg or all (the latter, an option called Rake It Through the Garden), plus a protein (chicken, spicy beef, shrimp, char siu pork or tofu) and a starch (noodles, rice or quinoa), then combine with any of the eight tasty, house-made sauces to create a heaping bowl that’s sure to leave you satisfied. While you digest your bowl of flavorful goodness, linger under the watchful statues of Buddha and daydream about HotPot’s weekend brunch of gluten-free biscuits and gravy and Paleo pancakes. Mom will be so proud.

Lulu’s Local Eatery
While the recipes tap simple, plant-based ingredients from local vendors and an onsite patio garden, Lulu’s fare is anything but rabbit food. Inside the Buffalo cauliflower wrap hide juicy, crisp morsels of cauliflower tossed with house-made Buffalo sauce and vegan ranch dressing that mingles with a heap of local greens, carrots, cucumbers and red onions. The sweet and tangy jackfruit banh mi is marinated, grilled and served on a French baguette – a must-try for any adventurous palate. Local Confluence Kombucha is served on tap in flavors like golden beet and sweet cinnamon ginseng. On the go? Look for Lulu’s food truck roaming the streets and serving up quick, wholesome meals to carry away.

Seedz Cafe
Co-owners Cara Schloss and Monty Gralnick take a hands-on approach at their sunlit, all-organic, vegan cafe in the heart of Clayton’s DeMun neighborhood, greeting customers from behind the salvaged barn-wood counter below the chalkboard menu featuring rotating daily specials. Whether you opt for the whole-wheat sprouted pizza or barbecue black-bean burger, you can’t really go wrong – even if you’re indulging with a treat from the Sweetz case containing delectable desserts like the raw-cacao chocolate peanut butter cup. The bar pours sustainably produced organic wines and house-made organic Om Brew beer, but don’t miss out on the virgin Coco Mojito, made with coconut water, kale, mint and lime.