Winter with a Twist

My moans and groans began sometime in October or November. These are rough times for this fruit lover. I am done with apples – done, I say! And I’m sugared out by all those berry jams I put up this summer. I desperately yearn for the days of delicate apricot, the scarlet plums I plucked in July from a tree at my community garden, the wee, wild strawberries that grow in my yard. I don’t want a (bleep)ing roast right now. It may be comfort food to everyone else, but not to me. Fruit. That’s what brightens me up. And I ward off winter’s chill with juicy, sun-kissed citrus.

During cold weather, grapefruit, along with every member of the orange family – from navel to mandarin to blood orange – makes frequent appearances on restaurant menus, especially in salads. Pastaria’s delicious orange salad is as fruit-forward they come, but there are plenty of places that add fruit segments to a bowl of greens. I found my winter rabbit food at Evangeline’s in its spinach, orange and cinnamon salad, featuring ripe fruit and a standout dressing. “It’s a simple vinaigrette,” said Evangeline’s chef-owner Don Bailey, who ticked off an ingredient list that included mandarin orange juice, orange zest and cinnamon. With just the right amount of acidity, hint of warm spice and tropical fruit boost, the vinaigrette has become a staple for Bailey, who brought the salad to the Central West End from his previous restaurant, Eurorleans Bistro.

The roasted pork and ruby grapefruit salad at Bridge Tap House is another example of a one-two punch of fruit. Supremed grapefruit and oranges are tossed with mixed greens, while apple juice- and brandy-poached apricots, smoked pulled pork, goat cheese and candied almonds lend heft, flavor and texture. The medley, conceded owner Dave Bailey, is “a touch on the sweet side.” Offsetting it is a blood orange vinaigrette that straddles the line between sweet and tart by combining blood orange purée with bracing sherry vinegar, lemon juice and fresh herbs.

Bridge’s grapefruit salad is a meal in itself. Yet bulky grains, too, can accompany citrus fruit with aplomb, such as in Brasserie’s new farro salad with blood orange slices, toasted pistachios, celery and a white balsamic-ginger vinaigrette. For Adam Altnether, corporate chef and partner of Niche Food Group, not just any fruit can couple with the notes of oat and barley that characterize the nutty Italian grain. He and Brasserie executive chef Nick Blue, who developed the salad together, consider the blushing red fruit, with its trace flavor of raspberry, integral to the dish’s composition. “Without the blood orange, it wouldn’t be what it is,” Altnether said. “It’s something we like to use. Go to Paris ... Italy. That’s a fruit that they use at all times.”

Citrus and fish will forever be a match made in heaven, since the acid fabulously counterbalances the brininess of seafood. Sure, you can bake fish with lemon slices or hoard limes to make ceviche, but for something more nuanced, I looked to Stellina. Chef-owner Jamey Tochtrop created a delightful seafood entree perfect for sweater weather: pan-seared scallops with smoked baby fingerling potatoes, leeks and oyster mushrooms. Enveloping the dish was a charred lemon beurre blanc. Normally, this classic butter sauce is made with vinegar or white wine. However, Tochtrop found that mixing the wine with lemon played well off the leeks and the smoked potatoes. “We had a lot of earthy flavors going on,” he said. “It brightened the dish.” As for charring lemon (or any other citrus fruit), that’s a chef’s move to achieve robust acidity and concentrated floral sweetness. “Straight lemon is a bright flavor in itself. Charring it gave another dimension to everything else,” he said.

Tochtrop’s trick reminded me of citrus dust, another cheffy move that’s in vogue these days. A light sprinkling of dried, ground tangerine peel tastes like you just popped an entire clementine in your mouth. Whisk it into salad dressing, rub it on fish and fold it into baked goods. You’ll look like a kitchen genius and add speckles of beautiful color to your dish.

The smugness I felt about my growing citrus playbook was quickly replaced with a bout of locavore guilt. This is the season for Northern Hemisphere citrus, but the fruits don’t grow in Missouri. So I began to ask about substitutions. Does anything from this neck of the woods offer citrus flavors? The chefs at Niche have been asking the same question, and the answer is a resounding yes. “We’re getting away from citrus in our food,” said Niche executive chef Nate Hereford, explaining that the restaurant is adapting its cuisine to use as many locally grown ingredients as possible. Hereford has culled lemon notes from herbs like sorrel and lemon verbena and even from the lactic acid he uses to make yogurt. “It turns into a super acidulated product that almost tastes like lemon juice,” he said.

That’s cool science, but even cooler is how Hereford is transforming sorrel to enhance a celery root soup. The Niche team freezes the tangy green herb in liquid nitrogen to make a crystalline sorbet that shatters into glass-like shards when hit with a spoon. A few of these fragments get scattered in the soup bowl (with other components like sprouted rye, rye cracker and toasted walnuts), and when the soup is poured tableside, the pieces of sorrel sorbet melt, while their tart, lemony flavor creeps its way into the creamy soup. “When the sorrel hits it, there’s enough acid to lighten it up,” Hereford said.

I don’t have a tank of liquid nitrogen, but I can get my hands on locally grown sorrel and mimic another area chef who is using it. Veritas chef Mathis Stitt makes a sorrel vinaigrette by giving the plant a whirl in a food processor and combining it with champagne vinegar, lemon, green onion, Dijon mustard, olive oil and minced parsley. For this application, he doesn’t cook the sorrel. “Blanching and shocking can hurt the acidic flavor,” said Stitt. He tosses the dressing atop a salad of arugula, potatoes and oranges, but its sour power could also enliven poached eggs, bean soup or fatty fish, such as salmon.

If sorrel is the secret citrus weapon of Missouri flora, the liquid version is what this town lives for: beer. Holed up at Schlafly Bottleworks in Maplewood, executive chef Matt Bessler is no stranger to cooking with beer. He reaches for a Hefeweisen or a hoppy beer (“because hops have a lot of citrus on their own”) and recommended using it as a marinade for fish or seafood. Just don’t let it swim too long, he warned. Marinate shellfish such as scallops for no more than an hour, and two hours tops for fish. For oysters, the crew at Bridge suggested adding beer to a mignonette sauce, a typical condiment for the bivalve normally made with minced shallots, cracked pepper and vinegar. The Humboldt Nectar IPA “is light in color and very citrus-forward with a great hop bite,” said Dave Bailey. “It is the perfect pairing to the tang and brine that you are going to have from the vinegar and oysters.”

With all these light, bright cooking ideas, I felt less like Ebenezer Scrooge and more like Tiny Tim as I bade a “God bless!” to the chefs, every one. Their ideas will surely see me through the winter. As for the final course, fruit is my usual dessert, but when I want more than broiled grapefruit I’ll splurge on orange and espresso creme brulee. Better yet, I’ll order it at Small Batch with a Roasty, the whiskey and cold-brew coffee cocktail for which it was created. Citrus is a comfort, but whiskey brings out the caroler in me. 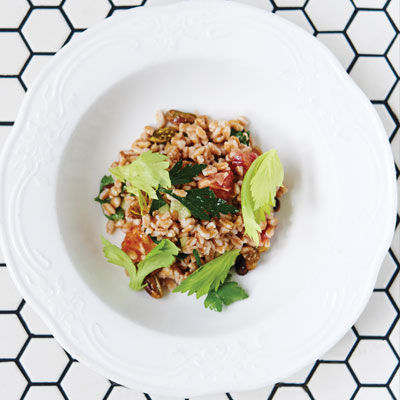 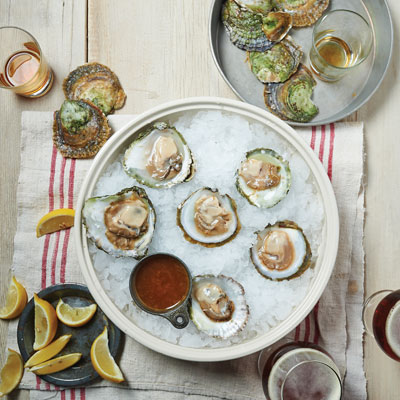 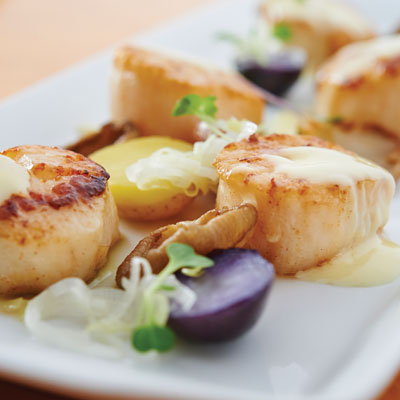 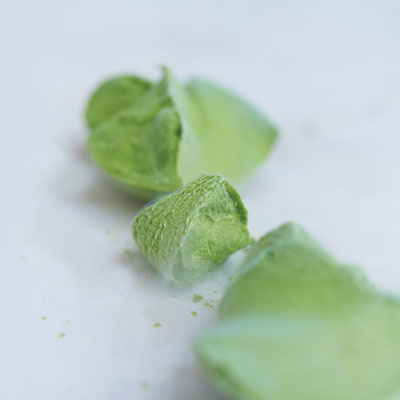