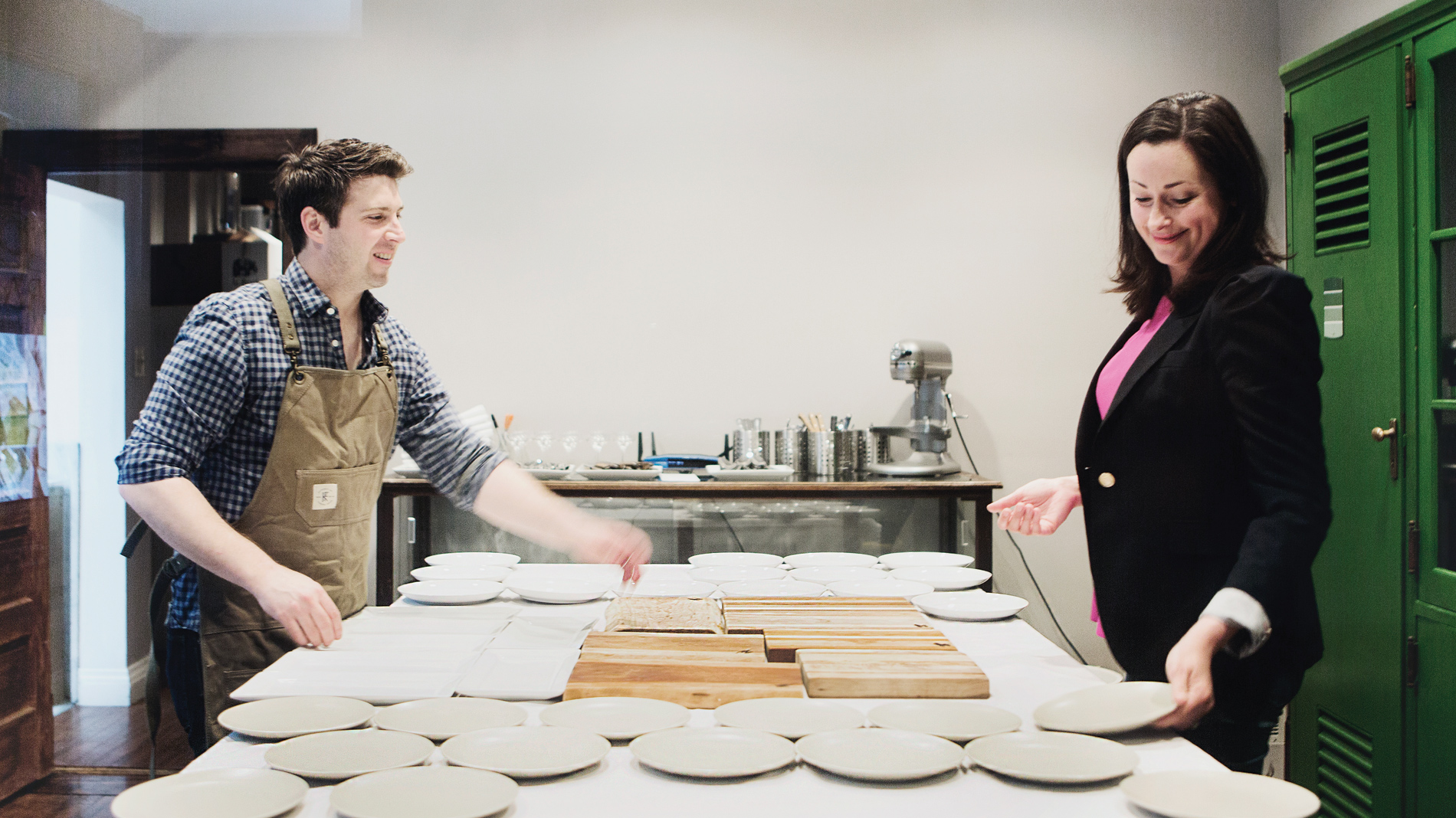 Vicia chef and co-owner Michael Gallina is a Best Chef: Midwest James Beard Awards finalist for the second year running. The James Beard Foundation announced its nominees for the prestigious food industry awards today, May 4, after being delayed due to the coronavirus.

As Sauce reported in February, nine St. Louis-area chefs and establishments were semifinalists this year. Along with Gallina, Lona Luo of Lona’s Lil’ Eats, Jesse Mendica of Olive + Oak and Loryn Nalic of Balkan Treat Box represented St. Louis as a semifinalist in the Best Chef: Midwest category.

Gallina is the only St. Louisan to be named a finalist this year. “It definitely means a lot – it’s hard to celebrate anything with everything that’s going on,” he said. Both Vicia and Gallina’s other restaurant, Winslow’s Table, are currently closed due to the coronavirus, but Gallina and his wife and co-owner, Tara Gallina, are planning to reopen both restaurants with carryout options as early as next week. He said they’ve received a lot of support from the St. Louis community during this difficult time, and he hopes to bring them home a James Beard award.

“I’m really just honored to be a part of it, and I think St. Louis deserves this,” Gallina said. “We’ve got an incredible food scene here and so many incredible people. I just want to represent them and go out and get it.”

The other 2020 Best Chef: Midwest finalists are Steven Brown of Tilia in Minneapolis, Michael Corvino of Corvino Supper Club & Tasting Room in Kansas City, Jamie Malone of Grand Cafe in Minneapolis and Christina Nguyen of Hai Hai in Minneapolis.

This year is the 30th anniversary of the James Beard Awards. The foundation had originally scheduled to announce its finalist nominees in Philadelphia on March 25 and the chef and restaurant award winners at its annual gala in Chicago on May 4 but was delayed by the coronavirus pandemic. Instead, it focused its attention on establishing the James Beard Foundation Food and Beverage Industry Relief Fund, which offers $15,000 emergency grants to restaurants, and became founding partner of the Independent Restaurant Coalition, a lobby group advocating for independent restaurants in Washington. The foundation now plans to announce JBA chef and restaurant winners in Chicago on Friday, Sept. 25.