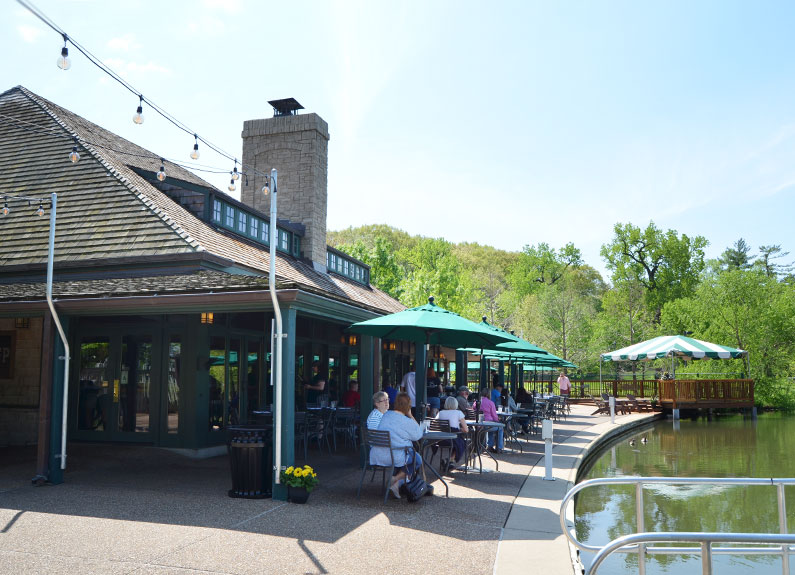 the boathouse in forest park photo by michelle volansky

The Boathouse at Forest Park has a new chef on the dock, but David Molina is no stranger to the St. Louis restaurant industry. After opening nearly 10 local spots and spending some time in Indianapolis and Nashville, Molina has accepted the position of executive chef and partner at The Boathouse.

Molina began in December and has already begun implementing some operational changes and updating the food offerings. He said most menu changes, including adding more plant-based menu items, will begin during the more popular season.

“With it being winter, we’re waiting for warmer weather [and] for the patio to open,” Molina said. “We’re going to do some crawfish boils and other fun things.”

Perched on Post-Dispatch Lake, The Boathouse offers paddleboat and kayak rentals along with other outdoor activities. Molina hopes to build upon those and gauge the public’s interest in new additions.

Molina began his cooking career more than 25 years ago at Blue Water Grill, and has since had his hand in opening other popular St. Louis spots, including Barcelona, Bocci Bar and Sugarfire Smoke House. Additionally, his Cuban Reuben earned the title of World’s Best Sandwich at the World Food Championships in 2018 in Orange Beach, Alabama.

Erin Killion is an editorial intern at Sauce Magazine.