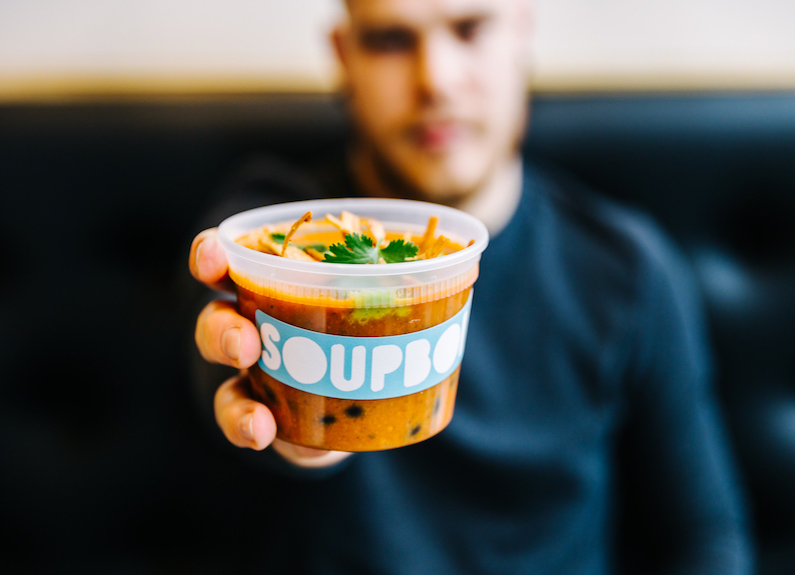 Retreat Gastropub and Yellowbelly owners Tim Wiggins and Travis Howard aim to warm up winter lunches with Soupboi, a “ghost kitchen” operating inside Yellowbelly. The delivery-only concept is only available through Doordash.

“It’s a cool way for us during the day to take the people we already have there and without increasing staff at all, we are able to push out a whole different menu and do something that doesn’t have to fit inside the Yellowbelly brand or the Retreat brand, it’s its own thing,” Wiggins said.

Wiggins said the soup-only concept came about after recognizing that Retreat and Yellowbelly fare was not ideal for takeout.

Soupboi is slated to remain open through March, but Wiggins said they’re discussing the possibility of keeping it open longer. The kitchen operates from 11 a.m. to 3 p.m. Monday through Friday via Doordash and may extend to weekend hours in the future.

Brenna Sullivan is an editorial intern at Sauce Magazine.