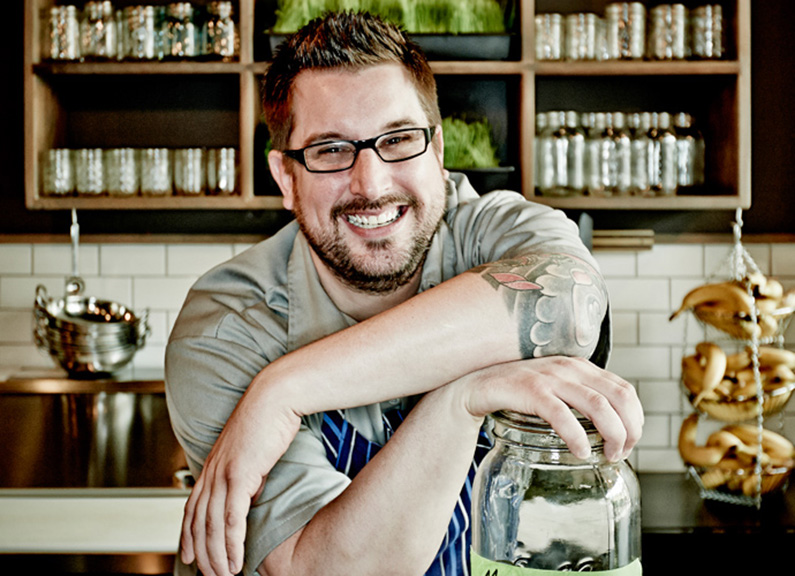 Restaurateur Bob Brazell takes over the Tenderloin Room at The Chase

Bob Brazell has made a name for himself with casual concepts like Byrd & Barrel and Tamm Avenue Bar. For his latest project, though, he’s going back to his fine dining roots.

As reported by the St. Louis Post-Dispatch, Brazell and business partners Ben Strake and Rick deStefane purchased the Tenderloin Room at The Chase Park Plaza in June and will open a new version of the iconic steakhouse. The restaurant closed on Monday, Nov. 4 for renovations and will reopen on Sunday, Dec. 1.

Brazell said fans of the Tenderloin Room shouldn’t be worried that their favorites will morph into something completely new.

“Our goal is to keep it dark and classic. We don’t want a new, modern space,” Brazell said. Iconic elements like the stained-glass bar ceiling will remain, and Brazell is even resurrecting the original 1950s-era Tenderloin Room logo. Additions will include a fireplace in the dining room, a dry-aging chamber and a six-seat chef’s table at the kitchen pass.

Likewise, the cuisine will stay “very classic,” Brazell said. He’s been slowly trying out potential menu items as specials since the purchase and will include more options like pasta and escargot on the new menu.

A bar menu with a burger and small plate items will be introduced and available in the main dining room, as well. The restaurant’s old-school tableside flambé and Caesar salad service will also remain.

Brazell, who has worked in high-end kitchens like Monarch and Niche, said he’s been looking for an opportunity to return to the fine dining world to satisfy his creative urges. “It’s a dream come true,” he said.

He said the current kitchen team, including head chef Shelby Johnson, will remain after the reopening.

“There’s a great crew already in place, and they’re really excited about the changes,” he said.