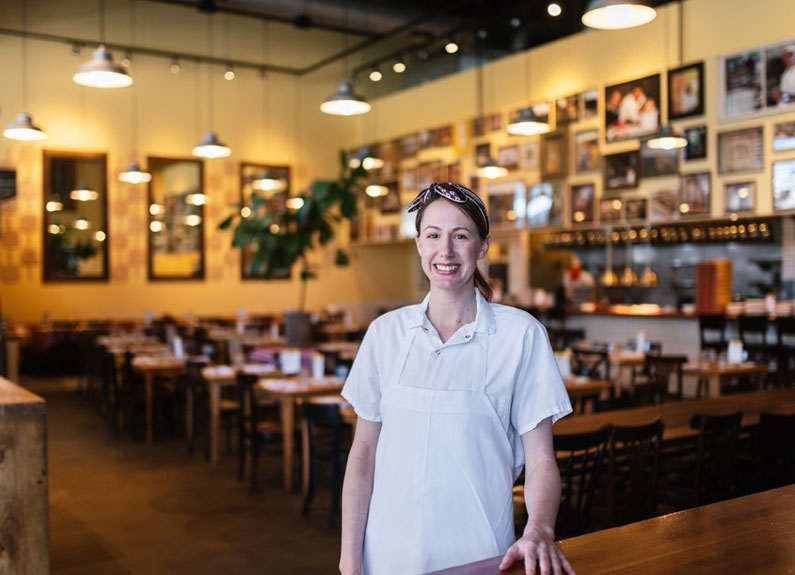 Pastaria has a new leader behind the stoves. Jai Kendall has been tapped as executive chef for the casual Italian eatery. Her first official day in the kitchen will be Wednesday, May 1. Former Pastaria exec chef Ashley Shelton left the position earlier this year to assume the role of chef de cuisine at Annie Gunn’s Smokehouse & Market.

Kendall is a St. Louis native who left the city at age 18 to pursue a career as a chef. After living and cooking in Miami, Los Angeles and Costa Rica, Kendall returned to St. Louis last fall.

“I came back to get back to my roots,” she said, adding that she also wanted to raise her 2-year-old son where she grew up.

“He’s always been kind of an idol of mine,” she said. “It’s truly an honor to be part of Pastaria.”

Kendall said she’s also looking forward to delving even further into Italian cuisine, something she’s long had a passion for.

“She was really a natural fit from the start, the way she approaches things and her values are like ours,” Craft said. “Her food was right in line with us, too – deceptively simple, clean and fresh.”

He was also impressed with her work ethic. After Kendall presented her tasting for Craft during her interview, he found her on the line helping out during a busy Pastaria lunch service. “It wasn’t necessary to seal the deal but it didn’t hurt!” he said.