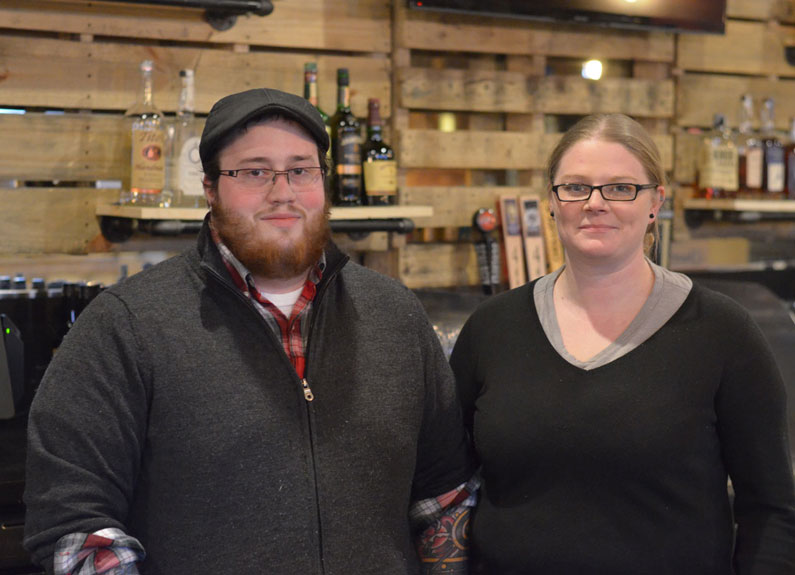 In March, The Muddled Pig in Maplewood abruptly closed up shop, making way for the new location of The Dubliner. At the time, Muddled Pig owners Austin Hamblin and Michelle Allender announced a new project in the works. The wait is over – the duo now own Cork Wine Bar at 423 S. Florissant Road in Ferguson. Their first day of service was Tuesday, April 2.

Hamblin said Cork is a smaller space than their former Maplewood eatery with 50 seats inside and around 30 on the patio, making it easier to interact with guests and manage the kitchen.

He said the concept is more “fine casual” than Muddled Pig, with less emphasis on meat. “We still have meat, [the menu] is just not as heavy as Muddled Pig was,” Hamblin said.

Hamblin and Allender completely revamped the menu and have incorporated more vegetables, adding such dishes as General Tso cauliflower and al pastor cauliflower tacos. The focaccia bread that shows up in dishes like the broccolini Benedict is also made in-house.

Hamblin said he and Allender are also working on establishing a more balanced wine list “to appeal to all wine drinkers.”

So far, Hamblin said the Ferguson community has welcomed the new incarnation of Cork enthusiastically.“People have been very accepting of what we’re doing,” he said, adding that the name of the restaurant won’t change.

Currently the hours at Cork are Tuesday through Thursday from 4 to 10 p.m., Friday and Saturday from 4 to 11 p.m. and Sunday from 4 to 9 p.m. However, Hamblin said beginning Sunday, May 5, Sunday brunch will replace dinner service.