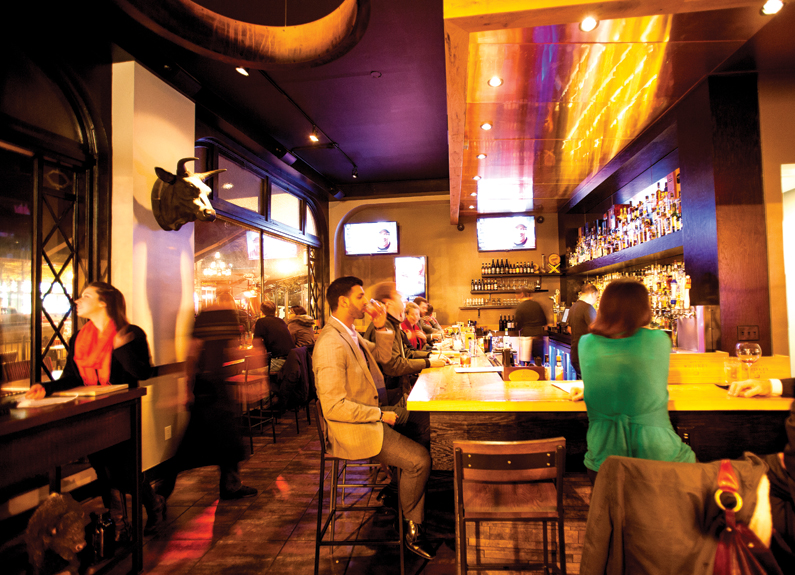 the bar at gamlin whiskey house photo by jonathan gayman

Gamlin Restaurant Group has welcomed a new executive chef. Grace Dinsmoor left her position as executive chef of the Whittemore House at Washington University to re-immerse herself in the public restaurant space.

“I loved Wash. U., but I had never done a private club before, and I really missed being in public restaurants and the St. Louis restaurant scene,” she said. “A friend knew [Gamlin Restaurant Group] wanted to bring in a corporate chef, and the rest is history.”

In her new role, Dinsmoor oversees operations at all three Gamlin Restaurant Group entities: 1764 Public House, Sub Zero Vodka Bar and Gamlin Whiskey House, all of which are within a few blocks of each other in the Central West End. Her first focus is rolling out an updated menu at 1764 in the next few weeks.

“I like a lot of the New Orleans flavors they have going on, but I want to work on creating more vegetarian options and healthier dishes,” Dinsmoor said. “Instead of fried cornmeal fish, I want to do en papillote – when you steam fish in paper with veggies. We’re going to change up the sandwiches and po’boys, too, and we’ll be expanding the raw bar.”

Lucas Gamlin, who owns Gamlin Restaurant Group with his brother, Derek Gamlin, said Dinsmoor has an unparalleled reputation in the city.

“We had to jump on the opportunity to bring her on board,” Gamlin said. “She’s going to tweak some recipes we have and move toward putting her stamp on everything in the next month or two.”

Dinsmoor is taking over the role previously held by Stephan Ledbetter, who is now executive chef at Gamlin Whiskey House.