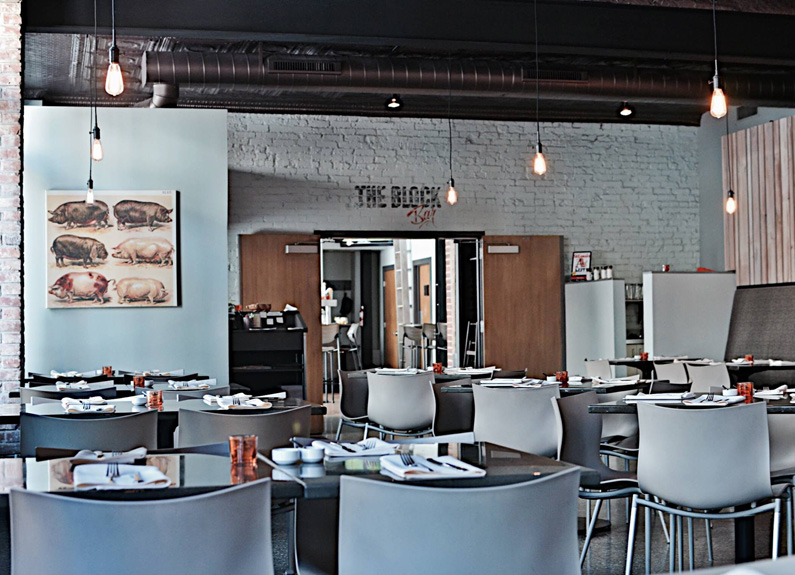 The Block in the Central West End closed June 23.

The Block in the Central West End has served its last steak. As reported by Feast Magazine, the last day of service at the restaurant, located at 33 N. Sarah St., was Saturday, June 23. The restaurant opened in 2013.

“Brian [Doherty, chef-owner] and I have been trying to buy the building for the last eight or 10 months, but the numbers just didn’t make sense,” said chef-owner Marc Del Pietro. The Block location at 146 W. Lockwood Ave. in Webster Groves remains open, and all the Central West End employees will have a place there.

Fans shouldn’t bemoan the closure just yet, though. Del Pietro and Doherty are currently working on a new concept, 58 Hundred, which will be located at 5800 Southwest Ave.  The menu for the new spot is still a work in progress, but it won’t be as meaty as The Block.

“One perception some people have is that they can’t get any vegetarian or fish at The Block,” Del Pietro said, so the new place will have more of those options.

Del Pietro said construction on 58 Hundred is underway, and he anticipates an August opening.