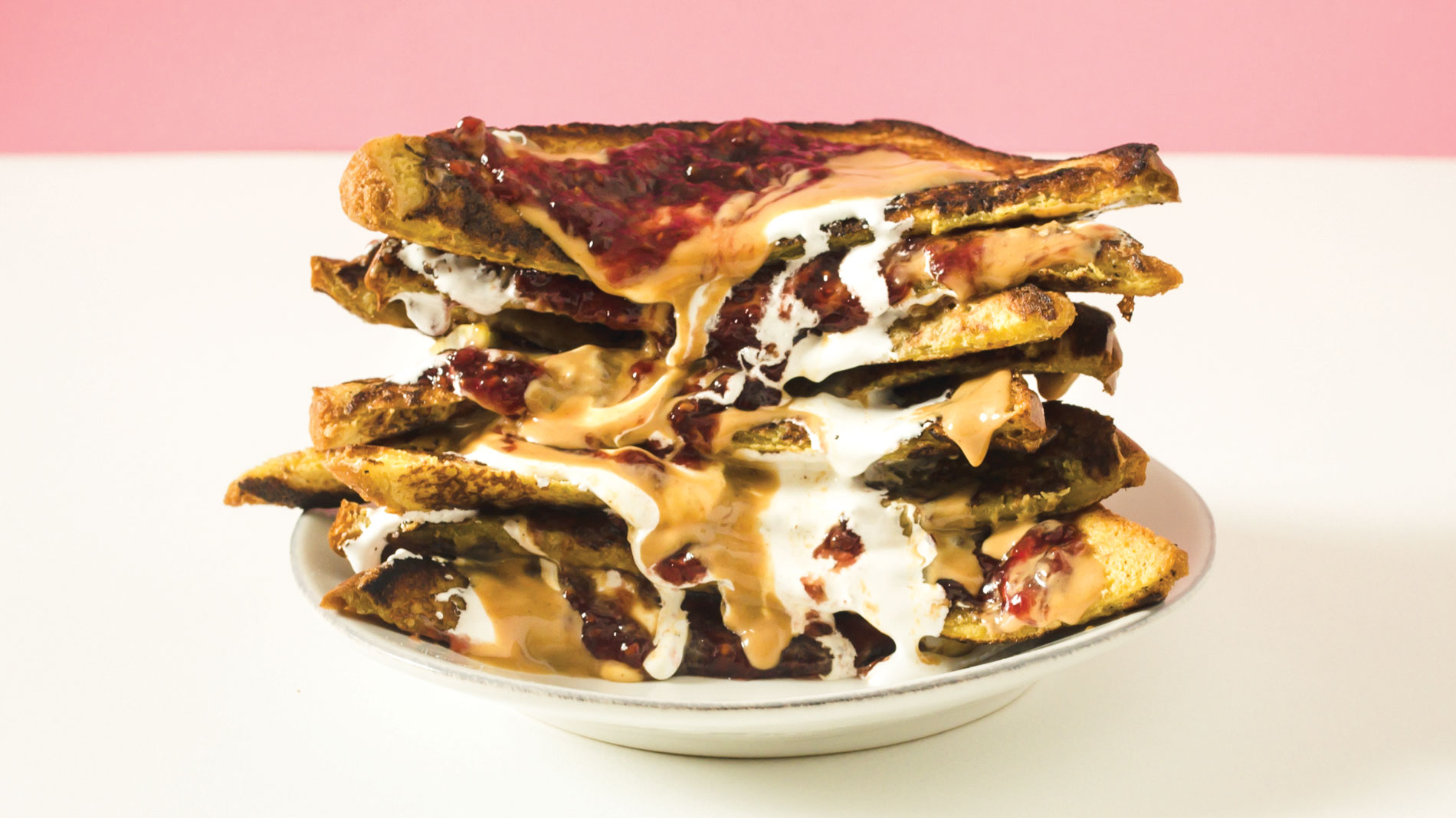 french toast at the shack in st. louis photo by julia calleo

Eat your way through St. Louis for less than $10

St. Louis has spoken; now it’s time to eat your way through the Sauce Readers’ Choice winners list. Luckily, from golden fried chicken to crisp veggie wraps, some favorites can be tried without breaking the bank. Everyone knows about Mission Taco Joint’s amazing $2 late-night tacos, which won both Favorite Tacos and Favorite Happy Hour. Here are 10 more favorites you can devour at a steal.

1. The Shack
When you walk into The Shack, the first thing you notice is the writing on the wall. Waitstaff encourage guests to make their mark with free pens and markers amongst all the couples’ names surrounded by hearts and notes about favorite dishes. The popular restaurant boasts seven locations across the state and has written its name on the hearts of St. Louis diners, who voted The Shack their Favorite Breakfast and Lunch Spot. Funky cereal milkshakes, omelets bursting at the seams and massive sandwiches are all served up with silly names and large portions. Try this month’s doozy of a breakfast special: $3.50 for one massive plate-sized pancake.

2. Lulu’s Local Eatery
Even the most ardent meat-eater can find something to love at this year’s Favorite Vegetarian/Vegan spot. Lulu’s on South Grand Boulevard serves imaginative, healthy eats in a minimal space accented by reclaimed wood, natural light and a community vibe. Pull up a seat on the dog-friendly patio and enjoy addictive Buffalo cauliflower bites, banh mi tacos and other fun dishes less than $10, like the sushi bowl made with compressed watermelon “sashimi.” Bonus tip: Ride your bike there, and flash your helmet at the counter for a cool 15 percent off.

3. Aya Sofia
Aya Sofia, voted Favorite Mediterranean/Middle Eastern, will take you places you never knew existed with a blend of Turkish, Mediterranean and Lebanese flavors. Like the food, the digs have a Middle Eastern influence with large, cushioned chairs, a muted color scheme and classic geometric patterns to set the tone. Lunch is the way to go if you’re on a budget. The kofte, beef and lamb Turkish meatballs, are an absolute delight available in a less expensive wrap, or try your hand at the grilled swordfish and lemon kebabs. The lunch special is the best deal with a generous plate of hummus, tabbouleh, rice pilaf and your choice of a chicken or beef kebab for only $10.

4. Three Kings Public House
Voted Favorite Beer Bar, Three Kings has the best of both worlds with a dynamic neighborhood pub menu and quality craft on tap. You can sample a wide array of local and national brews, crossing a few things off your Untappd list while enjoying wings and burgers built to satisfy. Pair a half-off Logboat Flybye saison with house-made pub chips, barbecue pork sliders or one of the other $6 snacks on the happy hour menu. The Loop location offers a generous menu during a late-night happy hour starting at 10 p.m. with a kitchen that doesn’t close until midnight.

5. John D. McGurk's Irish Pub & Garden
St. Louis’ Favorite Pub and Favorite Patio this year, McGurk's, has served up whiskey in the jar for 40 years in downtown Soulard. The patio can accommodate enormous groups, or step inside the classic pub to be transported to the Emerald Isle. A narrow platform at the end of the room serves as a stage for traditional Irish music that guarantees a foot-stomping good time. Between band sets and pints of Guinness, make sure to sample the famous whiskey bread pudding, topped with caramel and raspberry sauce and slathered in whiskey butter for just $6.50. Come up with another two bucks and get ice cream on top.

6. King and I
King and I is never one to disappoint. That’s probably why St. Louis has voted the South Grand staple its Favorite Thai spot since the inception of Sauce Readers’ Choice more than 15 years ago. Step in and bask in the intoxicating smell of Thai spices, dark wood decor, soft lighting and soothing atmosphere. Dinner can be an elegant affair or a fast takeout jaunt, but the best time to enjoy The King and I on the cheap is daylight hours. Don’t miss the $10 dine-in lunch special: Choose your preferred hue of delicious curry (green or red) or a plate of pad Thai, accompanied by your choice of crab Rangoon or pot sticker and a beverage.

7. House of India
It’s no surprise that House of India won Favorite Indian food in St. Louis. For over 20 years, the Delmar restaurant has been a favorite with food critics and novices alike, rarely deviating from its original strategy: offering solid, classic Indian fare with a variety of meat and veggie options and no American substitutions. It’s well understood in foodie circles that the restaurant’s $9.50 weekday buffet is the best way to spice up your lunch hour. There’s no shame in loitering until someone brings out a fresh batch of naan. One taste of the tikka masala or the chicken kebab and the uninitiated will wonder how the secret eluded them so long.

8. Hodak's
Fried chicken is still having a trendy moment in St. Louis, but Hodak’s is the city’s first love when it comes to deep-fried yardbird. The Benton Park restaurant was voted this year’s Favorite Fried Chicken with a menu so budget friendly, you might actually make money eating here. Sandwiches come stacked high and sides are copious, but we would be remiss if we didn’t mention the half golden fried chicken plate for $9.50. The dining room offers a relaxed, salt-of-the-earth atmosphere, but at peak dining hours, lines expand and available real estate dwindles. Hunker down at the bar and rub elbows with fellow fried chicken enthusiasts, washing down coleslaw and fries with a frosty mug of beer.

9. Chava's Mexican Restaurant
For south-of-the-border flavors without packing your bags, head to St. Louisans’ Favorite Mexican, Chava’s. Start with a fresh fruit margarita, then take a deep dive into a hot plate of fajita nachos with chargrilled chicken and pico de gallo. There is no shame in lingering over the sizzling delights of the El Mierko – dual, flash-fried chicken burritos topped with chile con queso. But for a deal, our money is on the steak torta, a fresh bun layered with white cheese, frijoles, marinated sirloin, guacamole, lettuce and pico de gallo, served with waffle fries for only $10.

10. Blues City Deli
They don't call it Blues City Deli for nothing. Voted Favorite Deli/Sandwich Shop, this neighborhood eatery hosts different live roots and blues music every week. The walls are cluttered with troubadour artifacts, but music isn’t the only thing that makes the joint hop every weekend. The sandwich board is unparalleled in town, offering everything from barbecue to New York-style pastrami to po’boys stacked high and ready to be devoured. While devotees swear by the Memphis Stax pulled pork and the muffuletta, you have to try the Cubano. Made with thick-cut ham and topped with a delectable pineapple glaze, it’s the Tuesday special and sells out almost immediately at $6.

Kevin Korinek is a freelance journalist and photographer and regular contributor to Sauce Magazine. 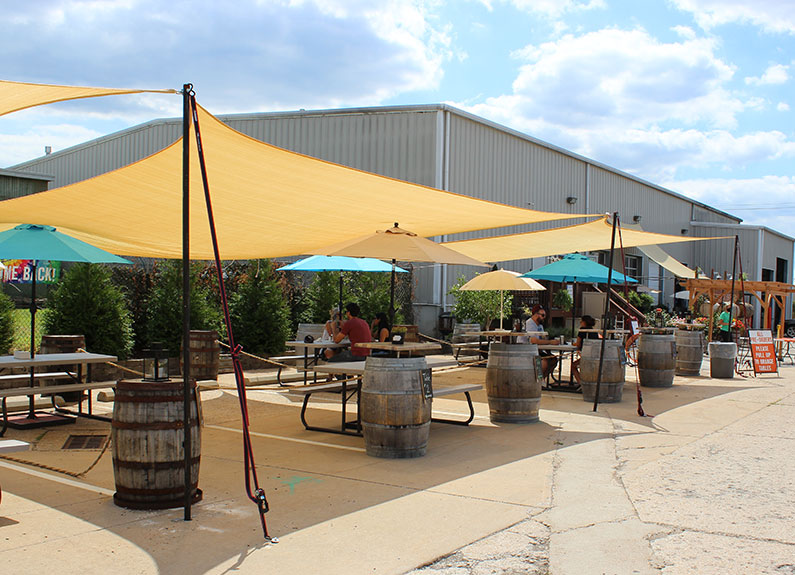 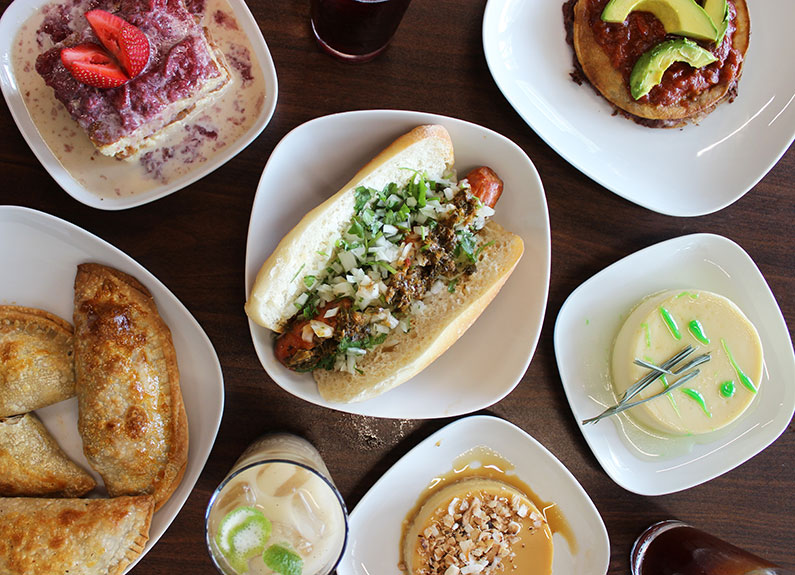