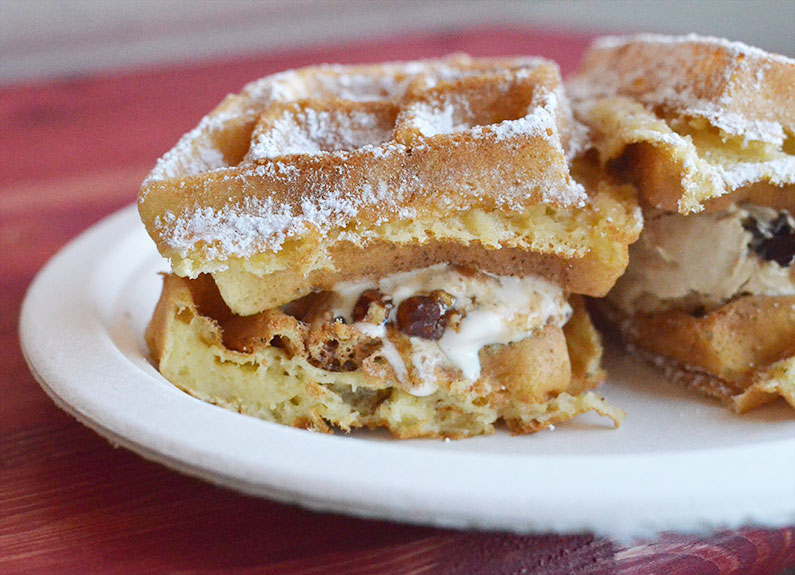 After a successful Maplewood opening in February, Boardwalk Waffles & Ice Cream is set to open a second location, this time near Valley Park.

As reported by St. Louis Magazine, owner Eric Moore said he will open the second Boardwalk Waffles & Ice Cream at 2901 Dougherty Ferry Road in February 2018 in the former home of frozen yogurt shop, Yo My Goodness. The new space will offer more seating and a similar menu to the flagship location: scoops of Serendipity ice cream sandwiched between house-made Belgian waffles, as well as individual waffles and ice cream by the scoop.

Growing up in New Jersey, Moore said he used to go to the boardwalk and order a waffle ice cream sandwich. “They’d throw frozen waffles in a toaster and then scoop some ice cream out of a tub,” said Moore. “I’m doing [that concept] on steroids; we make the waffles right in front of you, and customers get it fresh right in their hands.” 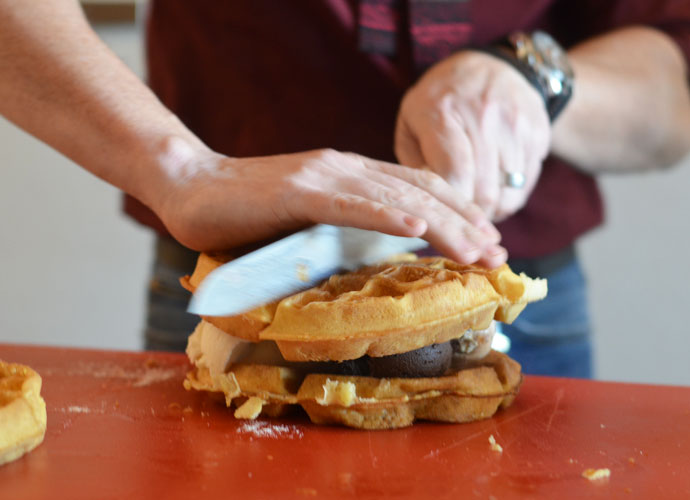 Customers at Boardwalk Waffles can order a quarter-, half- or full-waffle sandwich with one to four scoops of any 16 Serendipity ice cream flavors. Seasonal waffles, like the current pumpkin waffle, are also available, with an upcoming winter red velvet waffle in the works.

At the Boardwalk Waffles’ Valley Park location, Moore noted a few updates were being made to the space, and how the additional seating allowed for some possible menu variations. He also said they plan on having live music on the weekends on the space’s patio. “We might extend hours to breakfast and just serve waffles then,” he said.

Moore also plans to launch at least one Boardwalk food truck in the spring, and a third brick-and-mortar location in Fayetteville, Georgia, also in February. Other locations are in development, including a spot in Peachtree City, Georgia, and Moore is working on getting Serendipity distributed out of state. “I have a goal,” said Moore. “Fifteen [locations] in St. Louis and 15 in Georgia, along with food trucks. From there, who knows?”